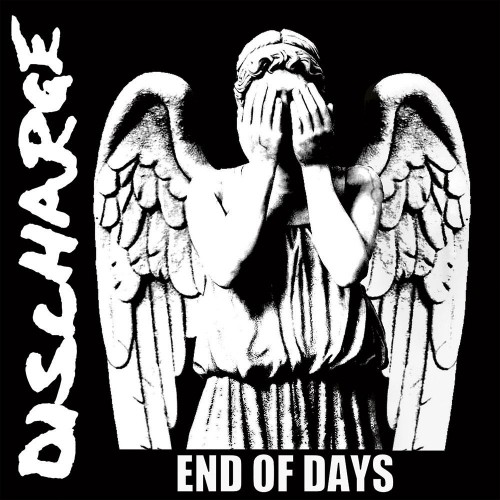 I'm not sure if the new singer is to blame, or the production, but this new album finds the band going from the leaders to the followers. One of my favorite hard core punk bands, I know it's not fair for me to expect another "Hear Nothing..." from them, but this just storms ahead with little of the endearing song writing, Harris or no Harris in the band. Tezz is now playing guitar instead of drums so it's all a little confusing for me. It's not until I get to the title track that I'm willing to accept whats going on here and move on. Are they heavier...yes. This album was released by Nuclear Blast and I am sure the band has to know they have a large following of fans like me who are normally metal heads, so this might be very intentional on their part "Broken Law" almost sounds like Motorhead. "False Flag Entertainment" attacks with a similar one track mind as the previous song. "Meet Your Maker" finds their singer putting his croaked chant over a similar pacing, and at this time I am beginning to believe that he is the reason this album is becoming boring as he does the same thing over every song. Not only is he monotone, but uses the same patterns."Hatebomb' could pretty much be any of the songs I have heard previously on this album and I'm only half way through so I can feel it becoming harder to make it through.

They get a half shade darker on "It Can't Happen Here". But the singer goes right back to belching out the same type of phrasing on this song. If you would like to make the excuse well it's punk rock you can't expect too much from the vocals, then you need to go back and listen to earlier punk where the vocals might not have had great pipes but attitude and personality.The first song where they break this terrible trend is "Infected". It's a song I would not mind hearing them play along side the classics. "Killing Yourself to Live" is not a cover a the Black Sabbath song. Instead it's much less catchy than the previous song and finds the singer back on the bland track. The guitar solos on this album are pretty on point."Looking at Pictures of Genocide" might please fans of d-beat, but standing on it's own two feet does little to set it self apart.Really the same could be said for "Hung Drawn and Quartered".

If you like your punk with a metal after taste and fast, then this might not bother with you if you are not that picky. The last two songs really don't do anything that the rest of the album hasn't covered. They are not too pleased with the current state of the union, but the lyrics could have been taken from any disgruntled post Cnn's Twitter feed. The last song does pull out a cool riff at the end, but the rule around here is cool riffs alone doesn't make a good song. The guys are old pros so they don't suck at pulling this off so I'll give it a 5, but I expect a lot more from them.