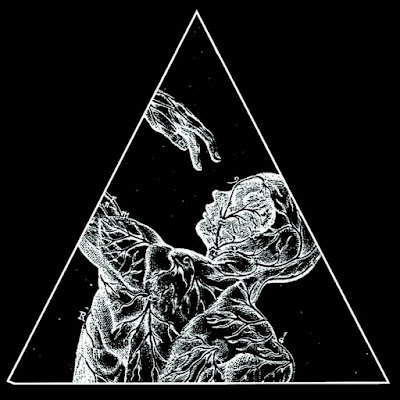 Mass Media just released this band from Copenhagen's album "Purity". On their Bandcamp there was something suggesting this had been around since 2014, but the record label was just now putting it out of vinyl, but for the sake of this blog we will consider it released this year instead of wasting any more of my afternoon trying to track down those stats about this obscure band. on the more neo-folk side of post-punk, but there are swathes of many dark sub-genres at work here. The baritone vocals are hesitant and delivered like the singer isn't too sure of himself. There is more of an industrial stomp under the heavily effected vocals which work better than the vocals on the first song. More minimalist than Ministry and not as abrasive as Skinny Puppy, I think of the two songs I have heard thus far from the band this is their strongest side. The title track finds the industrial taking a more dark wave turn as the singer does his best Riff Raff impersonation. This one drones on the same groove the whole time.  "God's Secret Army" finds the vocals more spoken than sung as this song marches on.

"The Wall" find the band dying back in June, there is a somewhat militant march to the weird parade through this dark forest. The vocals continue to be more spoken than not here."Bound By Blood" brings back the synths and a stiff dark wave beat. The tentative vocals go back to a melodramatic goth croon. He just needs to commit to belting it out. When he does go a little more Bela Lugosi with it his voice sounds stronger. The drums build in with more of a tribal dance while the guitars feel more western on "Natural Father".  The elegant ambiance that is needed to earn the title goth floats in on "Everything".   It drops down to a more minimal pulse when the vocals come in. Some impressive guitar textures are layered over this. the vocals even attempt to become more engaging without forsaking their cold detachment. There is a Current 93 feel to "Creature". It has an industrial clanging , but a heavy Brit narrative.

There is more melodic engagement on the closing "Violence" when the vocals are layered they work really well. The odd punches on the chorus are a nice touch too.I'll give this a 7.5. It has a ton of potential. I think if the singer steps up his game they will be there, because the arrangements don't really allow for the vocal to not handle all the heavy lifting when it comes to the story telling. I suppose if the instrumentation rocked it out more it might put them closer to say Cult of Youth, but where they are at current is a good start and another name in my data base of projects to keep an ear open for.