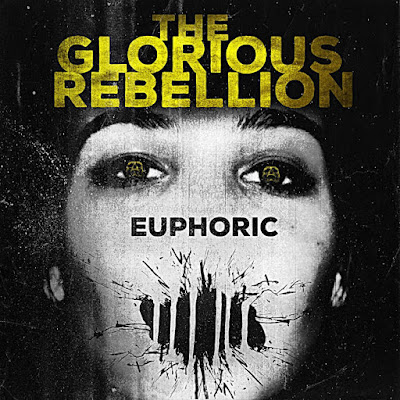 Rough around the edges and kicking with a mall metal stomp recalling old Helmet this band from Orlando, Fla is pissing in your vinegar. Fans of Pantera offspring won't find these guys off putting. They remind me of that drug summer in the 90's when all the metal bands who had been trying to wear Prong's jock strap decided it was time to get weird and go grunge. I checked this band out because some one (Noisey) mentioned Acid Bath in reference to these guys and I am here to tell you they have nothing in common with that band. Clutch, well if you took out all the Led Zeppelin blues references and fed them on a steady diet of 90s alt rock. The chorus to the second song whose title is too long and silly for me to bother with, has a little too much Static  X for my taste buds. I can smell the crusty stain cock rock left on these guys when it comes to "Benaquyl". I'm shocked Vice would give a band this close to nu metal the time of day, but maybe nu metal is ironically going to be the net cool thing now that they are leaving black metal alone.

Just so you know Kim Kelly had nothing to do with putting these guys on that blog. "Have I Told You Lately That I Loathe You" is a few chugs and a couple sniffs of glue away from being a Coal Chamber song. The production on this album is rougher around the edges than most pumped up grunge you hear coming out these days, though it reminds me a little of the first Cold album, but without the Bush like vocals. On "the Dirtiest Dream Jobs" which has a cool opening riff, the singer admits that his cock won't suck itself. He doesn't specify who he wants to take care of that, but the following song is called "Bitches Hate Misogyny" . If you wanna throw that Helmet riff in the microwave while the singer yells about going straight to hell then maybe it's something you can dig. I'm more tempted to download the first Korn album and see how it holds up to my memory rather than give this album another spin.This album doesn't suck, it is not what I was expecting going into it nor is it all that original. I'll round it down to a 6.5.