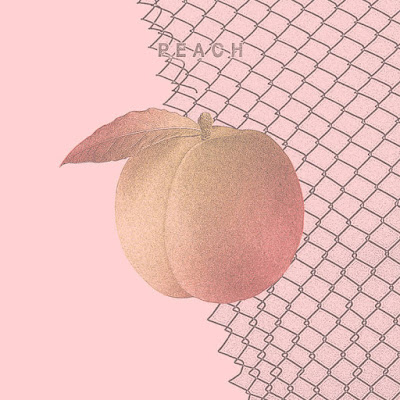 Right from the first chords it's evident these guys are a ton of fun. They remind me of a hipster version of the Ramones by way of Mudhoney. Not in the same way the Queers remind you of the Ramones. The 60s boardwalk pop sound is there, but it's dressed in flannel and doused in bleach. Their Bandcamp page says they like to party and I think thats evident. This spark is not as bright on the second song "Jealous", which finds the dynamic so similar that it feels a little flat, while the first song hit me when their sound was fresh and new to me. They get a little more punk on "Dream On", which is not the Aerosmith song. It's peppy, perhaps too peppy for me to hear where this supposed hardcore connection is. The vocal melody is stronger on this one, though the singer is a one trick pony, so fortunately he has a lot of heart in his baritone slur to make up for what he doesn't have in his pipes. "Rainy Days" has a lazier swagger than brings to mind Queens of the Stoneage. At this point in the albums first act , It's the best song after the opener.

There is more of a punk sneer to "Don't Worry" with the vocals taking on a coarser punch until it gets to the more crooned chorus.  Partying must be the secret to "Peace on Earth" as it has a "Buddy Holly" bounce to the guitar melodies. The weird reggae turn that "Turn It Off" was what the album needed even if it gives them more of a Clash feel. I might be one of the few people who doesn't like the Clash, but I think this band did a good job of pulling it off.I was not expecting them to start strumming an acoustic guitar on the "Living in the City" interlude. This is offset by the booming fuzz of the bass before punching into "Yuckles". The chorus doesn't hook me in even though they have some decent momentum built up going into it. "Heavy Love" was just ok, you would think since it's more relaxed I might get into a little more but it sounds like every other indie rock band.

This is more punk than the Coathangers album I reviewed a few weeks ago. But at the end of the day the album is generally all painted with one color. The few variations are what makes this album work, I'll give it a 7, but it's too straight forward for me. If you like punk rock that leans more into the rock and when I say rock I mean no frills, meat and potatoes rock then you might not ask as much from your punk as I do.