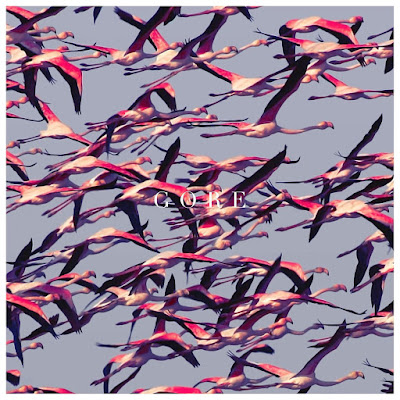 The Deftones are the last nu-metal band standing that changed in their house of flies enough to remain relevant as the years have passed them by. Sergio Vega from Quicksand continues to fill in on bass making this his 3rd album with the band. The album opens with the moody "Prayers / Triangles" that benefits from one of Chino's smoother melodies that fits like a velvet glove on the groove. A more trip hop layer of  atmosphere leads into "Acid Hologram". It swells into a Mogwai like drone. With very emo tinged vocals giving a fey croon that sounds like something more fitting of My Chemical Romance or Coheed & Cambria. The heavier "Doomed User" is the second single from the album. It is much more in your face metal, with a riff that reminds me of "Sabbath Bloody Sabbath". Chino's vocals are all over the place on it until finding a smoother hook. The intro "Geometric Headdress" fakes like they are taking a darker turn until the more chugged riff comes. Chino throws in some his old screams. It feels like Slipknot getting more melodic and if it wasn't for the way the riff resolves itself then I would think this is an April Fools joke and someone slipped some Mudvayne in on me. It's unapologetic nu-metal.

There are more synths on this album than I think I have heard this band use before. Some weird Mr. Bungle like noises bubble under the opening ambiance. It punches in pretty hard with a dirtier distortion sound than they used since the first album. The drummer is pretty fucking crazy, it's almost Tool level playing. This is proggier metal than I have ever heard these guys tackle. They go into a noise freak out before coming back in with a break beat. It's like they get possessed by Aphex Twin for half the song. I guess the Deftones have figured out what time it is an understand that there is not much of a middle ground any more as they crunch into "Pittura Infamante". The chorus makes use of more melodic vocals. I like the fact that this is done with more grit and doesn't come across as a stab to join the second string of nu-metal offspring on the radio wave of white suburbia. The come back with some tight alt-rock with pop-punk tendencies on "Xenon". This should prove to any of the Myspace metal kids that they can keep up. Here was another song where it sounded like some younger band slipped in as a Aprils Fools joke. It's very Glass Jaw like. It's not until the vocal melody in the final minute that I consider this could be Chino singing.

They get considerably heavier on "(l)mirl" . I'm impressed that they are bringing it this heavy. Sure there is some glue sniffing nu-metal like aggression, but if it is going to happen this is the way to do it. I guess when they said this album was going to more influenced by Morrissey they were joking. There is a more introspective vocal mixed into the title tracks more volatile turns. The albums continues to find them in one of their most aggressive moods since the first album, though older and wiser there is not the same youthful explosion in how the songs are propelled.This one ebbs down into a quiet melody at the end. There is a more melodic under current to the pulsing tension of 'Phantom Bride. Some of the riffs seem like circling wagons of bands they influenced. A good example of this in motion is how they close the album as "Rubicon" sounds like a long lost System of Down song mixed with some Candle Box.I guess it's this sense of nostalgia for the days of Adidas pants that sometimes feels like the leaders are following a path that saw it's day though when they do resurrect nu-metal it's done with convincing vigor that leaves me a little mixed about the direction at times, but my first impression leans in their favor enough to around this up to a 9.5, which is a higher score than I could imagine ever giving the band after "White Pony" .