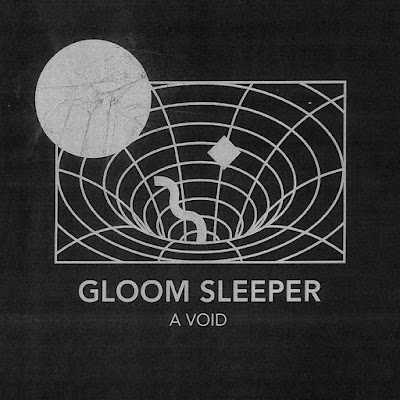 There days Post-punk typically means a band that rips of Joy Division. This German band digs into a sound that pulls from the genre once called "college rock" in the 80s before the term alternative got marketed by Mtv in the 90s. I can hear a hint of  early R.E.M in where some of the vocal melodies want to go. There is a dead pan baritone that doesn't just karaoke Ian Curtis, but finds it's way into actual singing. His huskier rock voice has touches of New Model Army to it. Not unlike The Estranged in the explosive manner they attack this brand of melodic punk with a very organic rock n roll feel. Somehow it manages to be both stark and warm at the same time. The bass player certainly gets busy on "Behind the Doors" which tips the balance of the scales in a more rock direction. The guitar has a jangle that is not without muscle to propel it.

There is a more somber mood to "Like Ghosts" it's too upbeat for me to say that it's dark. The singer gets to glide his melodies with greater ease onto the jagged stabs of jerky guitar. The bass player gets most of the credit for making this possible. To play this style of music the bass player not only gets to step out from the shadows of the mix, but provide the glue to make these songs stick.The pace skips forward on "Paper Plane Revelations". The vocals stay in a similar spot for this one, but they have an endearing earnestness. The guitar tone takes on a brighter sonic space for "Silent Cries". It's also at this point in the album I begin to notice little electronic dashes swishing in from the corners. "Conspiracy" is a dynamic shift for the band with it dropping down into the bass line that has the guitar ringing in more like old school country at first, before the drums come in with a more rock beat. The rambling "Morbid Play" is like the previous song in that it also has touches of country mixed in like something New Model Army might do.

"Under a Red Night" finds backing vocals that remind me of Mike Muir from Suicidal Tendencies chiming in, this is first album Mike Muir not not rap metal Mike Muir. "Don't Look Into My Eyes" keeps a tension at it's frantic tempo, with some interesting guitar accents along the way.The album closes with the western reverb of "  the Spectre". It jangles to life punk energy. The vocals drop down into a lower monotone chant for the chorus . Overall these guys influences can be felt by a discerning ear, but most of the time the album plays off of it's momentum to obscure this fact and take you long on it's bouncy road. I'll give it an 8.