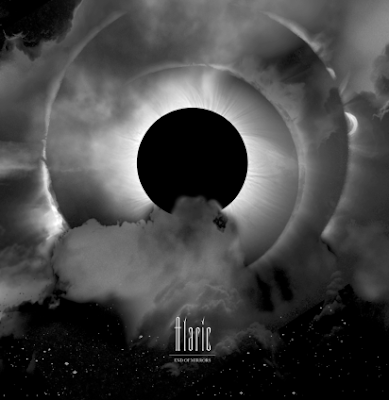 I've been a fan of this band since the whole death rock revival came into my consciousness. Now five years later, my fears that they might have broken up are put to rest making this a very welcome return. All the things that have made them work in the past are in place here. Like a doomed out version of Killing Joke the band plows into the post- apocalyptic wasteland their music conjures. There are varied levels of gloom ridden melody thanks to their bassist. The opener drones on a little from the onset but it all pays off when the song kicks in. While it has a brooding under current the tribal drumming gets a little more upbeat on "Wreckage". It doesn't grab me with the same urgency as the first song, but grows on me with repeat listens. It took three listens before I really wrapped my head around it's hypnotizing groove. 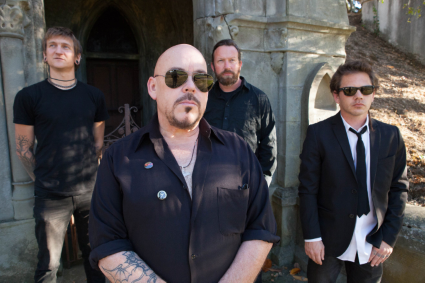 "Mirrors" has more of a cool goth slink to it. Shane Baker's vocal commit more fully to the desperate croon than we have heard from him in their previous releases. The guitar melody is hooky and the bass player continues to to kill it. "Adore" begins with a more balladic brooding and slowly swells with layers of despairing pleading. It eventually picks up into more of plodding punk drone before the noise crazed wave of atmosphere over takes it. "the Shrinking World" continues to drift down the dreamy desolation of a paranoid urban landscaped described in the lyrics. This is dark story telling along the lines of Tom Waits or Nick Cave. 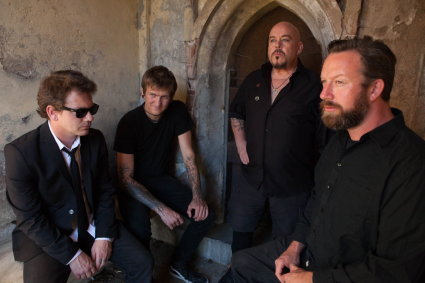 The title stomps back into motion. Heavy and driving as metal, by most definitions derived after 1988 this is not metal, unless Hawkwind falls within your bounds of metal.  It is as heavy sonically as it is aggressive. This line of though taps into a key component of their sound this aggression, even in the albums more passive moments it's still bubbling under the surface like a serial killer staring at themselves in the mirror. While this band might have come into my consciousness along when the death rock revival rolled into the inner webs, I think a song like "Angel" makes it clear that to dismiss this band as death rock is dramatically over simplifying it even at the most morose. The ghostly quality to this song doesn't make you feel like you are sharing needles in West Hollywood on Halloween night. It is more expansive in the way it haunts you. It's going to take a few more listens before this slow working drug is fully in my system, but it lives up to the legacy they began so I'll around it up to a 10.