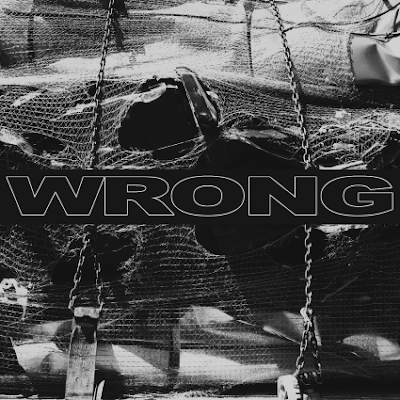 The band features ex-members of Kylesa and Torche, but worships at the altars of the 90s. All the Amp Rep bands come to mind at once, but these are coupled with a Helmet like stomp. Whores already does this kind of thing and an Unsane album on it's own merit can't keep me engaged for long, much less the second generation of that. It opens with this in a heavy  90s stomp that is just a brief burst like this is a grind core band...though they generally pound at half the speed of grind core. The vocals are barked at you in almost a hard core punk grunt. "Turn In" keeps the heaviness a mid pace that works better for them than when they speed up on "Read". "Entourage" is more sonically reckless and not as refined of a song as "Hum Drum". When they are playing off the groove things work best for this band even if it is not the most original sound.

"Stasis" is a little more melodic with a more sing song spoken chant to the vocals rather than the grunt. Their song can border on the band being a bit of a one trick pony at times. The are good musicians. The bass player has a nice tone, but by the time we are half way into the album on "Fake Brain" my brain can't fake interest and begins to tune this out. There is a guitar break that attempts to add some atmosphere and melody, but it's too little too late. The grumpy stomp of "Boil" is a cumbersome clunk. The title track is more of the same, but "High Chair" offers a ray of hope by taking a more melodic Hum like approach. These guys should have invested more time exploring this side of what they do as it's way more compelling.

If you missed out on Helmet in the 90s, then I would suggest checking out "Betty" before putting all of your eggs into this basket. This album sounds good for what it is, and is well played, but it's like these guys are a tribute band. I'll give this album a 7 which is as high as a tribute band could  score, as they fire on all cylinders, but need to show me more of who they are as I am where of who Page Hamilton is.