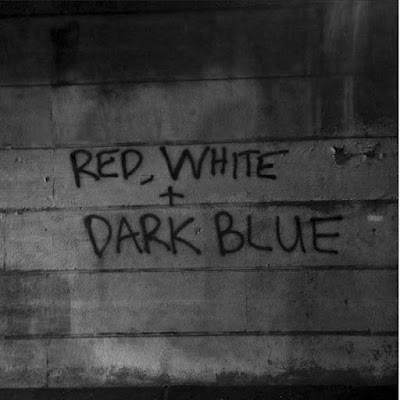 The members of this Philly trio has played in the who's who of hip modern punk, with members contributing in such bands as Ceremony, Clockcleaner, Puerto Rican Flowers, Paint It Black, Purling Hiss, and Strands Of Oaks.This is a collection of their old singles, but it pretty much feels like an album to me as the production is very consistent throughout. Off the bat I like the fact these guys are dark, and balance out the noise dusted edges. The singer's plaintive baritone carries more of a resonance on "Delco Runts" that reminds me of the guy from Crash Test Dummies. Side note if you think Peter Steele is the singer for Crash Test Dummies go ahead and give a gun a bloody kiss of your own. While I like the vocals on the second song compared to the first it seems like the guitars are dialing it in. The dirty over drive of the bass line to "...Just Another Night With the Boys", give the song more heft to off set the casual croon of the vocals.There is more of punk tinged rock n roll feel to the more straight forward "Hungry For Love". This song serves as proof that the singer's voice can't turn every thing to gold without some cooperation.

"Subterranean Man" has more of an Iggy Pop feel to it. Think his post- Stooges more mid-tempo "Idiot" days. The vocals hint that they want to get a little wackier than they are. "Dear Iris" is more melodic and a few shades slower and more introspective. It does allow John Sharkey the chance to flex his pipes a little more. This causes him to be a little more emotive, but it's premature to label that as death-rock. "Skinhead Wedding in Canberra" is a little more upbeat in it's post-rock swagger. The song does cruise through some of the conventions of 50's rock. I suppose they could have been hoping for more of a Morrissey vibe on the acoustic "Chaos" that closes the album, but it further exaggerates the comparison to Crash Test Dummies I noted earlier. Maybe "God Shuffled His Feet" is going to become the new template for "Post-punk" to come. Another song where skin heads are the subject so these guys must be ex skin heads? here is a Merchandise feel to many of the songs,as this is the sound of punk kids growing up to become sad young men. I'll give this one a 9 and anticipate it making the move over to the ole iPod. If you are looking for some post-punk heavy on the punk but with some smarts to it ,then here's an album for you. 7.2
Posted by Wilcifer at 5:08 AM