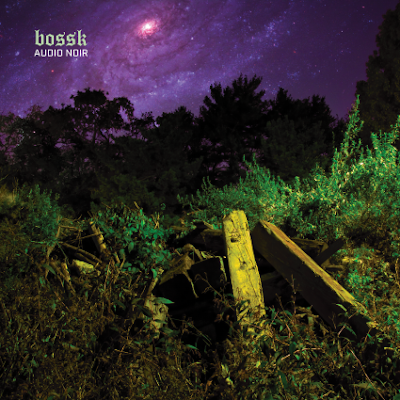 Here is an album that could very well fly under your radar if you aren't versed in these guys. It starts off as a dream. These guys have an incredible guitar tone. While it is very similar to that used by many post-rock bands, they really have it dialed in right on this album. This British band has been at it for a decade, so they have had plenty of time to get it right. The drummer is a solid pocket groover that serves the song and keeps it moving while the guitars take you down stream. They hold off until the final minute of the first song to drop the metal crunch in. They handle this is a very tasteful manner. They do not let up on the distortion as this carries over in the second song "Heliopause". This one rumbles with boots of lead. More stoned sludge than doom as it doesn't have a sorrowful current. Vocals come in that are scornfully screamed, the more hard core side of sludge. They are mixed back into the mountains of guitar and sometimes eclipsed. While I am glad this album is not just instrumental the vocals go along with the riff and really don't contribute a ton. 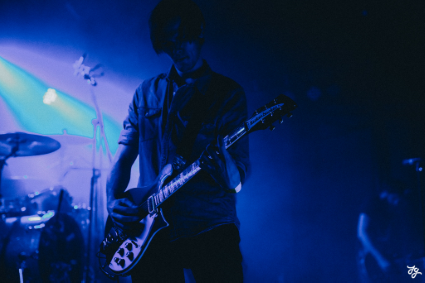 They ebb back down into their atmospheric haze for the darker introspection of "Relancer" . It's very cinematic with  an old soul to this cosmic carnival song. "Kobe" dances with more of a sparkle to it's shoes. They finds a groove with more of a sense of movement. In some ways it reminds me of Minus the Bear, perhaps if they decided to go out into the country at night and take mushrooms with Explosions in the Sky.  It does lack the croon that gives Minus the Bear their indie rock cool.They do shake this comparison when the bass urges the rest of the band to build up into something more metal and the vocals come back screaming. They caught me off guard as this wasn't done in the most formulaic manner and they keep this metal card in their back pocket rather than relying on it as they only game they have going. The vocals add more to this song than they did when they first surfaced on this album. 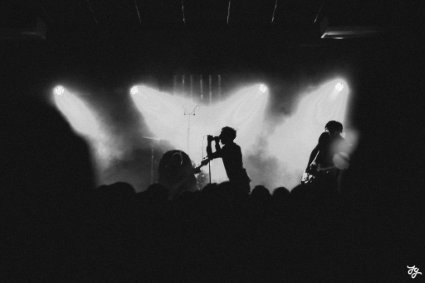 The bass continues to take you further down the rabbit hole with "Atom Smasher' stomping into more burly stoner rock. They do this without having to depend on the 70's vibe and warm vintage sound of Orange Amps, though the are capable of bringing the boogie when it suits them. The coarse vocals are buried even further in wall of guitars they slam you into . This album was given a lot of love in the studio and it pays off. It sounds big. Not big in the slick over blown arena rock sense, but big in steamrolling juggernaut of density way. The bass locks in with the drummers pound to make the chug they lock into really pay off. When they let back up from this to return to their beautiful nocturnal trip they really convince they know how to write a song and in hindsight it makes the heavier dynamic have that much more of an impact. They continue on the more ethereal side on "Nadir" which flows in a more post- rock direction. This almost feels more like an interlude since it's only two and a half minutes vs the rest of the album which tends to take you on eight minute journeys.

The bass player is this band's unsung hero. He lays down a very smoothly melodic groove that makes second part of "Reverie" coast along a different path than what you might typically expect from post-rock. They kick into a harder dynamic and the guitars do what is expected with the bass playing charting the coarse. The guitars are well layered into the more of the meat the metal to this song. The screamed vocals return to create more of a static layer. They bring it back down into the dreamy breeze they created in places earlier in the album. But it doesn't feel like another loud to soft ,  good cop bad cop modern metal stereo-type. The really begin to jam out into space rock for a few minutes and make it just as interesting as their more aggressive side. Around the seven minute mark the ramp back up for the big finish, which had to come, but it's handled has hard punched staccato accents before soaring into a sonic place they caters to both sides of the equation this album has formed. These guys caught me by surprise, this is very tasteful yet not afraid to get it's hands dirty, if  post- rock bands leave you wanting, and most sludge feels like cave men screaming at you these guys have found the perfect middle ground.  This album was just released on Deathwish Inc.