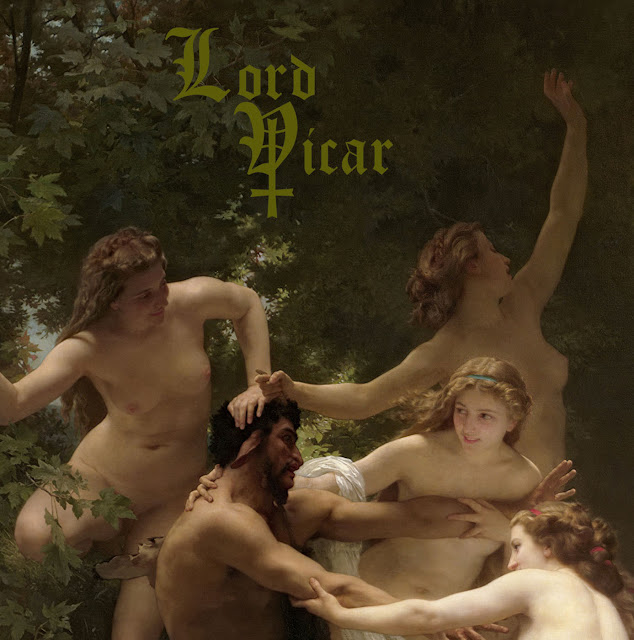 Going through my in-box and checking out any and all doom oriented music that might be hiding out there. That is when I this diamond in the rough. Former Reverend Bizarre guitarist Kimi Karki is wandering the graveyards of Finland to conjure up something that is more gloomy than down, in fact it sounds like really depressive stoner rock. On board are former Count Raven vocalist and the drummer from Centurions Ghost. The second song is more rock n roll and not as dark as the smooth opener which drew me in with an almost Katatonia like quality. The darkness rolls in for the interlude "A Shadow of Myself " to pave the way for the next proper song "Breaking the Circle". This one carries more weight to the fuzzed out guitars. The vocals are like a more fluid version of what Lee Dorian does mixed with a little My Dying Bride.

These guys made a concerted effort to keep the songs to around the six minute mark, so if you are like me and done with the whole 13 plus minute droning style of doom that became popular over the course of the past five or six years then you'll find these songs more focused. They capture all the melancholy you could want from doom even touching up the mourning funereal doom like sadness in spots, though the more conventional rock infused beginnings of the genre is where this is bred from. They march on into the moderately more up-tempo "Accidents" that lurches back into a more solemn pace when the verse kicks in."A Woman Out of Snow " finds the vocals doing their best My Dying Bride impersonation for what is more of a ballad, falling closer to Pink Floyd than "Home Sweet Home". This does create a more powerful dynamic for when they kick back in and makes it one of the albums more interesting songs in terms of the colors they paint with here. Rather than go the typical way with the heavier build it's used as a bridge for the solo and the vocals do no return until things die back down.

They close on their most metallic note with "Leper, Leper".  There is a more morose lethargy draped over this song. The vocals are at the forefront of the mix, which in this case takes a little weight off off the riff's impact, I think if they sat back further in the guitars this would not be the case. Here I can understand the argument against clean vocals in metal, though for the bulk of the album they have proven this to not be the case. Overall this album is a solid piece of conventional doom that keeps a solemn course along the post-Sabbath path adorned with gothic finery like something from a Hammer Horror movie so I'll give it an 8.