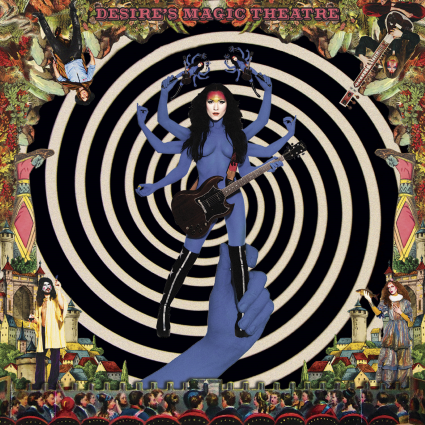 I've owned the band's previous EP and like what I have from them thus far. While summoning a retro vibe is part of their sound there was more of a hard rock under current to their sound which this new full length turns away from in favor of something that is supposed to be a rock opera aiming for Sgt. Pepper and Ziggy Stardust. Right from the get go it feels like it has more in common with T-Rex before colliding into more of a folkish hippy section midway into the opening song. There is more trippy Beatle like orchestration that meets with the band's previous Jethro Tull like prog leanings well. "Electric Landlady" not only has a clever title, but it pretty convincing trip into the 60's. These guys have more than their fair share of chops to make you a day dream believer. "Dead Dodo Down" finds them embarking on more of Doors tinged carnival of colorful chaos. Her vocal melody creeps around "Pedigree Chums"casting shadows that sounds like Siouxsie jamming with early King Crimson. 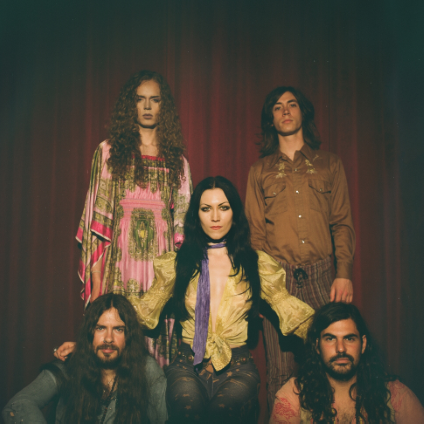 There are varied shades of 60's painted on this album they range from the most effective and rocking on 'the Sky Parade" to the more freak out go-go dancing of " the Window Cleaner" is a little happy for me and the album continues to carry more of a skip in it's step on "the Way it Is". It's very top for New York rock early 70's think Steely Dan here. The more space jam qualities of "Mr. Howard" help give the song more of it's own personality. Rosalie's alto remains smooth in it's relaxed croon so when she powers into higher notes it transpires with her breaking a sweat. There is more of a ballad feel to "I Know" that reminds me of when Led Zeppelin really mellowed out. Some of the punches still carry the Beatles more rock to them. The very fact that King Crimson, the Beatles and Led Zeppelin have been mentioned in the span of one review speaks to the grand scale of their song writing.


They close the album on a slightly darker and more sultry note with "Bitter Suite". I like the way her vocals were produced here. The steamy pulse of this song makes it feel like it could be on a James Bond soundtrack before the prog chimes in. There is more lounge tinged vaudevillian shimmy to the serpentine way this songs weaves it's around the maze of turns these progressions lead you around with her voice as your tour guide adapting with every turn. I'll round this one up to a 9 and see how it sits with me. They thrown a ton of different colors and textures at you so it's going to take time to digest it .