Doused in Mud, Soaked in Bleach : A Tribute to Nirvana 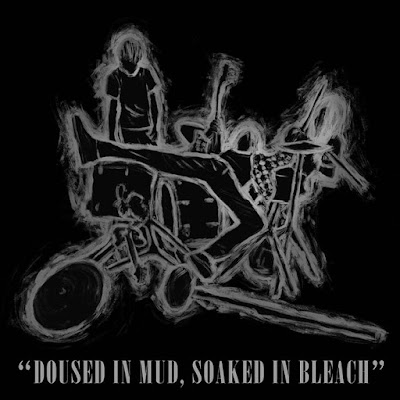 It's Record Store Day, since I haven't bought a physical album in 5 years, I'll at least review one that the few thousand of so of you who do might be thinking about purchasing. This is third and final Nirvana tribute from Robotic Empire takes on the debut album "Bleach" which was Nirvana's heaviest and darkest. Thou takes a blackened stab at "Floyd the Barber" which was the first Nirvana song I ever heard. The vocals are really the only change here as it's hard to make this one any heavier than it already was. Grind-coring it out would have not been a wise choice as it would have ruined the song's initial intentions. Philly rockers Beach Slang, do "About a Girl" justice, but it sounds like the Foo-Fighters covering it do to the singer's vocal range/inflections.

Boston's Basement rocks out a convincing version of  "School", one thing about album's like these I like is it gives you the chance to check out some bands that you might not have heard otherwise. One of the more mainstream band's on here is Circa Survive who cover "Love Buzz" . My band in high school also covered this song so it has a soft spot in my black heart. I think at 16 I prolly sang it in a similar tenor. Musically they ape this one almost too close for me to hear them as a band, though their emo Yes thing is toned down here and haven't listened to this band in about a decade. This Will Destroy You are not really an underground band any more, though the are closer to being than than post- My Space Circa Survive. They wised up an didn't try to make this just an instrumental or get too post- rock with it. The vocal sound like they weren't mic'ed but picked up on one of the drum mics as they recorded it. They come too close to being too hip for their own good here, but it all manages to work out at the end of the seven minutes.

Young Widows , who I have confused with True Widow more than once throw their instruments into "Negative Creep" and come across like Sonic Youth making some kind of drunken joke. The fun and games doesn't end their as Mean Jeans goes a smirking rendition of "Scoff". I suppose the irony in them scoffing at the song should not be lost.  Rob Crow from Pinback of course kills "Swap Meet".  Last year Crow said that he was quitting music so I guess not and can begin this is the gateway drug to another Pinback record. One band I'll gladly sacrifice in order to retain Rob Crow is Fall of Troy who covers "Mr Moustache". They have the right energy for this, but don't really bring much personality to the table. Speaking of energy there is a deficit of that in Big Hush's take on "Sifting" . Daughters come back and redeem this album with their on point version of "Big Cheese", which hits the right balance between being true to themselves and capturing the song. The Saddest Landscapes is more of themselves and less like Nirvana on "Downer'. Overall this album hits more than it misses, though some of these flubs I wouldn't want to listen to more than once, But I'll give this an 8.5 .