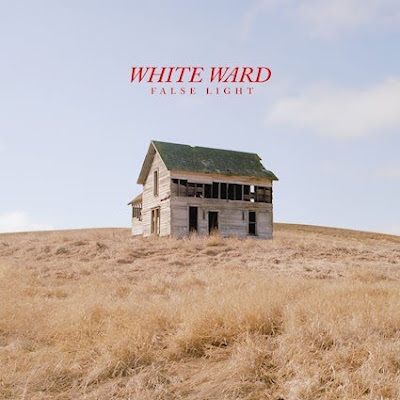 The third album from Ukrainian black metal band, starts off with a more typical aggression that might come to mind when you think of black metal. I was a huge fan of their 2019 album "Love Exchange Failure" in how it blended jazz with the genre. Midway into the first song they get into that. Rather than it being two colors they switch back and forth from I am going to listen more to the moments where the two are blended.  Not a huge fan of the idea of a 13-minute opening track they have crafted something that keeps your attention and never overindulges into sprawling drones of blasting. "Salt Paradise" brings in both Jay Gambit from Crowhurst & Executioner's Mask along with trumpets to add to the mood that is expansive drift on a desolate beach after a storm.

The blast back with a renewed fury on "Pheonix" which brings the moments I want where the sax glides over the metallic moments rather than having to flip the switch to turn the metal off.  Around the five-minute mark the sax takes over the melody as the band drops down into more of a tense hovering beneath it before rising back up to devour the melody with a wrathful attack. They ebb the song down into a more synth heavy ambiance with sampled dialogue.  "Silence Circles" takes a similar dynamic as the previous song but twists it into something darker and more dissonant. My favorite moments might be when the sax gives a call and response by using intervals more common for metal guitar than sax.

This album has a few ambient interludes booking the songs that I am going to ignore for the purpose of the review, but one does set the stage well for the melodically moody take on post-punk that is "Cronus".  The metal still circles the song and eventually explodes as you might expect it to.  The screamed vocals when they come have purpose and rather than an obligatory layer of humanity crying out, contribute to the song. The title track comes closest to what they did on their previous album, though the metallic parts are bigger and more in your face. At almost 15 minutes that's a great deal to absorb, and I am going to need a few more spins of it to fully digest it all, but it is impressive and works off of what this band is excelling at on this album. There is more straight forward metal here but done in a very tasteful manner that serves the song rather than just battery to your ears for the sake of it.  I will give this album a 10 and see how it sits with me.