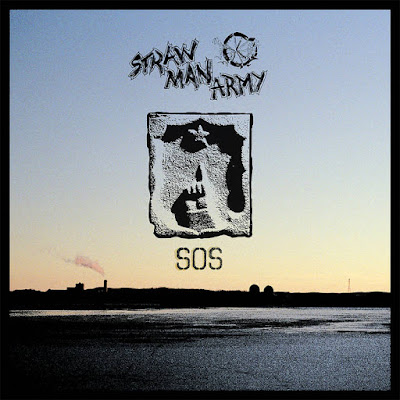 This sardonic brand of punk embraces the early indie rock that formed what this sort of thing would become decades later. It opens with an instrumental intro that is the title track, but it is the second track that is the actual first song. This album is more experimental than what we are commonly led to believer punk can or should be. Bands like Fugazi are certainly a fair point of reference when pondering their influences. The first song that conforms more to the more common place punk sounds is "Faces in the Dark". It is more aggressive but works with the weird range of sonics they have attacked the songs with up to this point. It makes sense that these guys would be from New York given the city's history with punk music.,

"Underland" is faster and still more aggressive in its taunt racing. Lyrically their songs are pretty interesting and well thought out. The vocals are not just haphazard but a narrative. The way the bass acts as the anchor for these songs gives it a more post-punk feel. The vocals are typically more spoken than sung, though that works here.  With "Day 49" there is a jazzier groove to what goes down. The drumming is not frantic patter but very thoughtful. Some of these songs have the jazz flavor but mixed with a more noirish slink to them. They remain in a darker reflective place for "Simple Cure" which is also one of the album's best songs.

Things gain momentum on " Jerusalem Syndrome" finds the band not subscribing to the popular belief that being critical of the state of Israel is being antisemitic, which is what punk should do.  Though musically I prefer the more Police direction the music takes on the more nuanced "Beware". The vocals are more sun in places. At five minutes long they jam it out.  The end the album on a more experimental note while still adhering to their brand of songwriting. Though it is oddly an instrumental. Overall these guys bring something new to a genre that all too often is less than adventurous. I will give e this a 9.5.