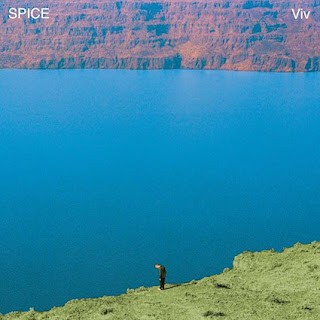 If I had to sum up this band in an elevator pitch it would be if you mixed the Pixies with the aggression of a 90s post-hardcore band. There is more jangle on the second song. The punk side of the genres they flirt with comes through more fully here. They switch gears with "Ashes in the Birtdbath" and it carries a darker more Jesus and the Mary Chain like post-punk flavor to it. Though there is an impressive range of post-rock dynamics that this swells into. The kick on the gas and pick up the intensity, with a great deal more drive following this song, though the post-punk thing is still there in the attitude. "Melody Drive" finds them backing off into a mellower terrain, though it is just an interlude.

There is a more deliberate swagger to "Dining Out" .  I am not sure this is really what I remember there last album sounding like. It is not that I do not like the Sonic Youth guitar sound to " Live Scene" , as I dig it , it is just not what I was expecting going into this. They wander off into a place that makes me think more of Iceage in its slacker apathy  with the languid guitars comprising "Vivid". He exclaims his pain is yours, and it is pretty believable , though I suspect he has a much lower threshold for pain than what I normally listen to.

Perhaps the album's best song is the driving yet smoothly melodic "Bad Fade". The vocals find a balance of command and slacker sensibility.  The album ends with the more deliberate drumming of "Climbing Down the Ladder" to set the mood. The vocal keep things at a stark detached drone as they exclaim the bleak state of things. Overall I will give this album a 10 as it excels at recalling a sound of days past and making it their own. It's being released by Dais Records.