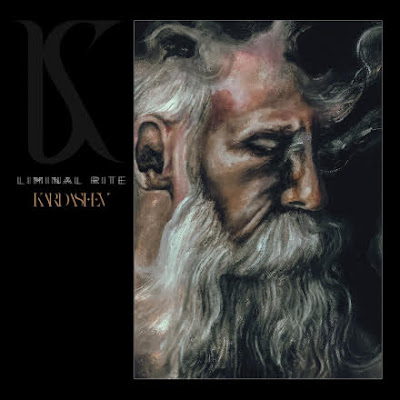 Much of this album's challenge is in the mix. The drums and guitar both sound thin. Things are too compressed and trebly. This takes the weight from the death metal sections. I really cranked the volume and it helped with the bass some, but the guitar tones are weak. I appreciate the need to indulge in atmosphere, but for death metal there needs to be a denser sound. This is not to say their bassist is not good he does play melodically and does go above and beyond the call of duty. The drummer is also fairly skilled, which for death metal almost should go without saying.  But even by calling this band death metal we are ignoring the role the clean vocals play.

The clean vocals are a selling point depending on how they are done here. I think a more understated drone would work best for what I think they were originally trying to do here. What they are trying to do can be unclear, the rapid patter of double bass, defaults once again to the mix, they do not bring the powerful thunder metal should have, now if this was more of a prog band where technical prowess was the key component rather than being heavy, there might be more of an argument in favor of this mix. The first riff that feels heavy to me is on "Lavender Calligraphy". They press release makes it sound like that instead of being progressive death metal, these guys fancy themselves "death gaze". As someone who is a fan of shoe gaze, I will say this sounds more like Fates Warning is an influence on them than it does Alcest is.

By the time we get to " Grave Compost Song" it seems the focus is beginning to shift to a more aggressive metal, it is about his brother than died, which goes to prove my theory without real life pain and adversity you can never convince me of being dark or heavy.  They need to lean into this more. Then they push the gas down on the metal side of what they do not finding a balance in terms of melody until the chorus which makes this feel more in line with the kind of formula's employed by metal core bands. The gain a more impressive weight to the chug of "Glass Phantoms". The dynamics of the bands two sides still need some fine tuning as the melodrama brings the kind of 90s prog metal cheese they came before bands discovered Tool and developed a taste for other kinds of cheese.

They work better amid the moodier shadows of "a Vagabonds Lament".  The vocals drag it back down to the metal status quo, they are at time onto something better than this, I think vocals are a puzzle they are still trying to grasp yet possess a limited frame of reference for that the options are in that regard. Once again, they seem to be onto something by bringing a jazz-tinged melody to the beginning of the almost twelve-minute closing track, but the vocals soar in with more ambition than real emotion that could tell this story. It is the same kind of pageantry that finds the singer of Dream Theater putting a bad taste in my mouth, When Geoff Tate does it works, but aside from maybe Roy Khan era Kamelot and Psychotic Waltz not so much from anyone else. Not that he summons the same kind of operatic drama, but there is a similar feeling. The blasting heaviness that this call is responded with feels to formulaic as well. I do think this album has enough moments, and does some interesting things enough to give this an 8. If you are a fan of modern progressive metal then you will enjoy this for sure, little too much pretense for my personal taste , but I am giving this such a high score for what it is due to the skill they play this with.This album is being released by Metal Blade Records June 11th. .