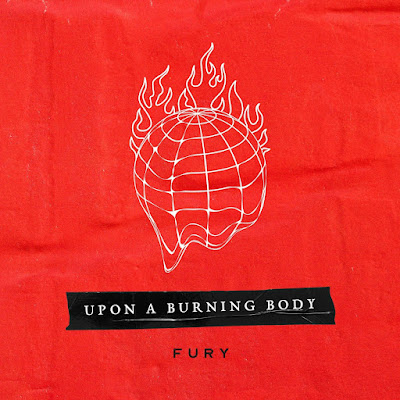 This Texas band is now on LP number 6. It is pretty much one dimensional hyper aggressive metal core, leaning more on the hard-core side though they are obviously big Slayer fans. They have perfected their sound, and this is well played and produced, but is that not the bare minimum we should accept from a band 6 albums deep into their career. They are pretty much just working through a formulaic approach to song writing, If you miss what Lamb of God, used to do, then you are in luck, if you are observant enough to notice that this is like a hundred other bands you have heard before then you are in the same boat as me.
When I am already four songs invested in an album it is hard for me to turn back now. "Meltdown" might be the most effective in terms of groove and hooks. "Thunderhook" is a powerful chug, and hammering double bass, but it is the rare appearance of melodic vocals that make this more worth listening to.  They build off this with "Kill the Ego" which is what this album needs is more hook.  "Clarity" is effective for what they are doing, I think it is important they switch up what they are doing by the time they get to "Sweet Serentiy" even though it is jut an interlude and should have been worked into an actual song.   Lamb of God is not the only band they are inspired by as "Who Am I" sounds like it could have been filler on a Slipknot album.
The last two songs are pretty interchangeable except for the vocal of the last song. I will give this album a 7, which is being pretty generous to an album, I could not wait to be done with midway into it. But they are good at what they do, which is why they are getting such a high score for considering what this is. Nothing here is original but there is a market for that, the Fast and Furious Movies make a ton of cash, but they are written for people who never cracked open a book after high school, not a lot of depth on any front here, Sick guitar tones, sure if that is what you are into, but this album bored me, however if you do not want music with any depth to work out to or drive around and feel tough then these guys got you.
Posted by Wilcifer at 6:49 PM

Email ThisBlogThis!Share to TwitterShare to FacebookShare to Pinterest
Labels: 7, metal core, Upon a Burning Body