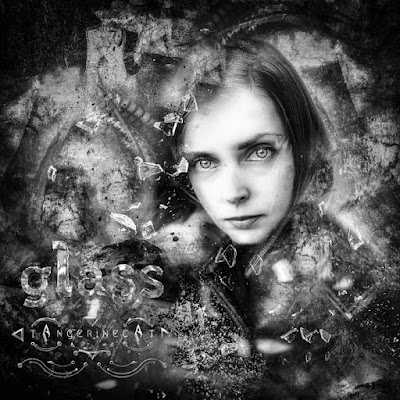 There is a whole backstory that I now wish I had not read on their Bandcamp page about their mental illness, being a gay Ukrainian refugee activist, despite living in Wales, a bunch of convoluted self-identification.  I am just here for the music and do not give a shit about the politics. Falling somewhere between dark wave and industrial. The opening track might be the album's best song. Past of this is due to how bogged down in the smell of their own ambiance this duo gets. "Mass of the Black Cats" is barely a song. If Diamanda Galas did something like this the evil intent would have compensated, here not so much.

They do have some cool dark sounds. Much like the rule that cools riffs alone does not a good song make. The same could be said of a sound you might be really nice, but do not make me ask if you can write a song twice. The more cinematic "Hereafter" sounds like it should have been on the soundtrack to "the Northman". When the fiddles keep coming out alongside the gypsy vocals a more ancient neo folk vibe begins to merge with what they do.  "Molfar" they take this and begin to dance with it. They create something more machine like in the stomp of the drone with "House of Shards". Think Dead Can Dance meets Bestial Mouths.

It sounds like a cyber hurdy gurdy is the pulse to " Something Broke Inside" . The eastern chant of the vocals add to the drone they capture here. I do like how the varied layers of sound are introduced. It is where the arrangement does not follow the verse chorus formula but is in how it is built up. "Spell" might get carried away and tries too hard despite being more minimal and almost feeling more like a Coil song .  Overall I enjoy the mood they have made here and this is a very listenable album that flows likea post-apocalyptic Dead Can Dance, so I will give it a 9.