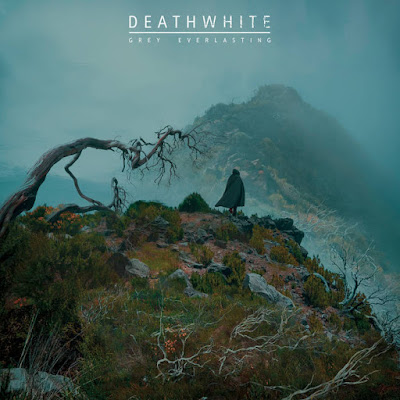 I have always liked what these guys do, in that they are making dark melodic metal of sorts with melodic vocals. There is less of a metal feel this time around. Dark post-grunge with a European doom influence, might be the best title to throw on where they fall in the spectrum. Though with more repeat listens it sounds also akin to what Staind might have done if they had been too depressed to write radio songs. The use of the occasional heavier than average riff might also put them in the same sonic zip code as Katatonia, the difference being the vocals. The melodies are no whereas hooky as Katatonia, oddly enough they are also more straightforward than their Europeans counterparts.

They second song is more memorable in terms of melody than the opening song. "No Thought or Memory" is darker and the vocals work more effectively in the droning croon they are locked in for the bulk of the album. The baritone pipes of their singer do not possess the most power or the widest range, they work pretty well in the context of this recording and the layers of harmonies recorded here. How this would translate live I am a little doubtful.  Lyrically it is supposed to be about the past couple of years during the pandemic, but they are shrouded in the typical metal metaphors. From the drums fills and guitar solos you can still hear where their aspirations of being a metal band still lie.

The drumming is one of this album's strong points. The old saying is a band is only as good as their drummer, rings true here.  The vocals back off and are a little more nuanced. The melodies work for this song, I am sure the isolated vocal tracks would not blow me away,  The title track begins to reveal the formula in place for this album which is darker variations of grunge power ballads. "White Sleep" is one of the few songs where they step on the gas and let the heaviness cut loose. Though most of this is stuffed into the beginning of the song. The double bass is quick to rush in a try to make this song heavier than intended. Sure there are dynamics, but not the widest range when it comes to the sonic colors this album is painted with.

What I said earlier about the guitar solos and drummer still rings true on "Formless" . The vocals are a little more deliberate. The guitar melodies are a little brighter than I would prefer but not a deal breaker. They are more effective when leading in with the bass and drums on "Immemorial"  before dropping the guitar in. It even gives the vocals more room to breathe. Even harsher vocals come in, which I am surprised there are not more of. "So We Forget" has some more melodic elements, but at the end of the day it begins to drag a little bit. Sure the solos sound great, but what use are they if the song drags and the vocal melodies are not compelling. The vocals are more convincing on "Blood and Ruin". They are delivered with more power and seem sure of themselves. The last song has a big sound dialed in with proggy bells and whistles, but really locked in melodies instead of the droning harmonies. I will give this album a 9 as it grew on me, beings released June 10th on Season of Mist.