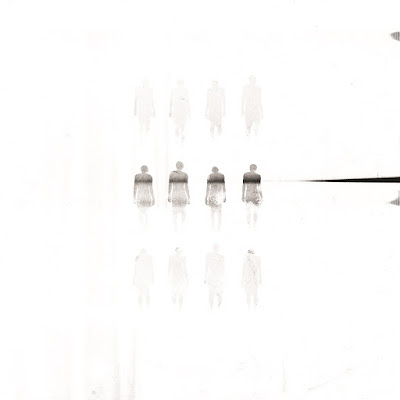 This post- punk band from Denmark are not Joy Division rip offs as they have a fair amount of electronic interactions to create the grooves that open the first song. The vocals have more in common with Robert Smith than Ian Curtis. The first song really impressed me to the bar is set high for the rest of the album. It's a fair comparison to say these guys sound like if Depeche Mode was jamming with the Cure. Perhaps he is not as expressive as Robert Smith, but who is? The synth sound is certainly more Depeche Mode and then on a song like "Summer" they go even past that with the ambiance. Though as songs go it's more of a interlude than it's own song. There are serious dance floor sensibilities with "She is Lost". It works of a a grooving pulse.  While it has Cure like guitar its more new wave.

"Clouds" is more Gary Numan meets 90s alternative. The bass tone is pretty cool. These guys are great at going beyond the realms of your average post-punk band and creating a smoother sonic landscape. "Obsessing" has more drive to it before they smooth out into atmospheric new wave pop of "Hearts Fade Out". "Hot Summers" has a classic 80s new wave synth line and from there follows the cute past kind of dance pop of Flock of Seagulls or Pet Shop Boys, but with more guitars. "Send Your Heart to the Riot" has a "Hanging Garden" like bass line that doesn't let the song as a whole wallow in the Cure influence as I can also hear some Roxy Music.

There is more aggressive beat to the title track that lines up with what I think of as post-punk. The song does not have a wide of a musical range , but works more of the tension. Granted said tension is coated in a great deal of atmosphere. I will round this one up to a 9.5 as the song that did not connect with me as solidly on the first listen will grow on me in time. If you are a fan of post-punk or new wave then this album is worth checking out. Artoffact is releasing this Apirl 15th.