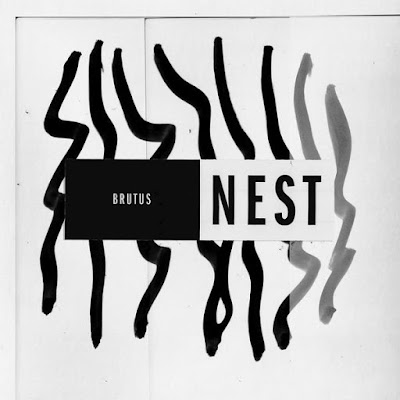 This Belgian band is getting a fair amount of buzz in regards to the release of their sophomore album. Is it hype? ...This is a question any discerning music fan might ask. It is impressive that as a trio they are kicking up this amount of noise and their singer Stefanie is also playing the drums. She has a pretty good voice that at times makes me imagine that this is how Bjork might sound if she decided to play punk. I guess this is post-punk, but not in the sense that they want to be Siouxsie and the Banshees.It's more like dashes of post-rock atmosphere are thrown against taunt punk temper tantrums. The only draw back is that while they are really good at what they do it tends to vary in speed and intensity, yet is created using similar colors.

They can pack more of a pounding sound on songs like "Cemetery" . It would be interesting to see live how here voice holds up when she is locked in on the drums. The guitars are more sonic than punk, not unlike A Place to Bury Strangers in this regard. They have a great bass tone.  The drumming is the weakest link as it is very basic.They make it work, but if we are being truthful that is what's going on. I know it's saying the emperor wears no clothes to give any thing less than a glowing review of anything like is spreading diversity , like a woman behind the drum kit.She is by no means a terrible drummer. She serves the song rather than bringing a thundering intensity. All the songs are fairly concise.I like how the vocals  sit atop the tense guitar riffs of "Carry".

I would say this is not hard core as it's not angry enough. The punk can be felt in the reckless energy in which they throw themselves into the songs. "War" finds the guitar more melodically. When she goes into a more focused singing voice, there are echoes of many female 90s alternative singers. I think if she focused on singing and they got a more dynamic drummer this band would totally kill it. As it is they do a pretty decent job though at times fall into the most obvious places punk would land. "Blind" finds the formula perhaps not as fresh as it was earlier in the album. "Distance" works off atmosphere and intensity in equal parts. Keeping this kind of a balance is essential to create anything with dynamics.

They are not devoid of all mainstream sensibility. Though song like "Space"never really locks into anything with hooks, until perhaps the more indie rock like riff at the end. They are capable of some pretty intense sonic swells . There is more of a metallic attack to "Horde V" before it breaks down into the verse. Her vocals return to a more Bjork like cadence. At under 8 minutes "Sugar Dragon" is the longest song on the album. I had to listen to a couple of times for it to begin to click. It is similar to Russian Circles slower moments, but with less intricate drumming. So I suppose  with that as an example Explosionsinthesky might be a closer zip code. The vocals are given a great deal of room and there is a loud to soft dynamic with the entire feel of the song. I will give this album a 9. It's good while not the most original sound in the world , it does have enough of their own spin on it to  feel like it is not as derived from the 90s as it is. I will see how it grows on me , but it is easy to listen to on repeat so that says something.this is being released on Sargent House