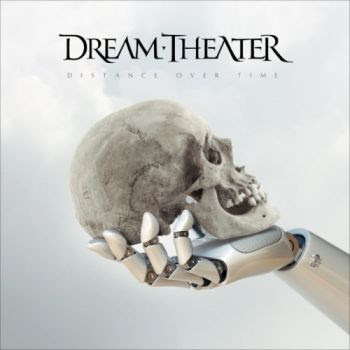 Since actual friends of mine have been asking me to review this , I will. I used to like this band in my late teen years. "Six Degrees of Inner Turbulence " was the last album I liked. Shredding no longer does it for me. I do a 10 progressive albums every year, so I still like prog and listen to it. I prefer the more Peter Gabriel era Genesis or King Crimson style where it's darker and more cerebral. The songs actually progress rather than wank around. So what is Dream Theater to do in 2019, when metal is something much different than when "Awake" was released. Well their 14th album is not a drastic shift from what they have been doing. The first song works until you get to the chorus and then thanks to James they pour the cheese all over the chorus. The verses are fine with me. They are taking a stab at being metal again though I am dreading the power ballads that are sure to come. You can here the groove of Tool's influence on these guys. The riffs are winding. Labrie's main challenge is not to muck it up with vocals that sound like Journey and to try to find some balls , which he has yet to do here. There is not as much wanking and more focus on songs which plays in their favor. The guitar solo on "Paralyzed" is pretty tasteful as these guys go.

They bring a more old school metal feel to the riff leading into "Fall Into the Light"  once again the chorus fucks things up with the cheese. "Barstool Warrior " is more about the kind of showy acrobatics you expect from these guys , with more than enough guitar solos. When the vocals in they are rather subdued, and then once again sound too regal on the chorus. The drumming is great and the bass playing is pretty top notch as well. There is no question that these guys lock in like a fine tuned machine. Some of the melodies just sound like they belong in a Disney princess cartoon. The piano balladry begins to creep in midway into this song. They get to more syncopated grit that reminds me of " the Beautiful People " on  "Room 137".  It does not suck, it just doesn't feel all that inspired. It's not like they are punching a clock like some of the more recent albums. It just doesn't have any feeling.

A bass solo opens "S2n" which is more interesting than opening with a guitar solo. The vocals sound better with the robotic effects on them. When it speeds up then when get the same wimpy tenor that is their trademark. The synths begin to take more of a presence next to the guitars. I think if they band just plugged into their amps and went for it , the results might be more interesting than the over production here that gives things such a clean sound it feel sterile .  Things begin to get even more "proggy" as in gymnastics , not really telling the kind of shifting landscape of a story a band like Rush or Yes does. It is something I am sure people masturbate to at Guitar Center or NAAM. Labrie's voice does have more feeling on this song. It comes closer to being aggressive than anything I have heard on the album so far and the anthemic chorus is not as sugar coated.  Midway into the song it goes off into a Meatloaf like piano interlude, which I can only take in small doses so here it works .

"Out of Reach" is the kind of ballad I have been dreading. If you read my work here you know I have nothing against ballads in and of themselves, I think if this song was darker I might not mind it, but it invokes sappy 80s radio rock like Richard Marx too much for me. When the guitars bring in a little tension it is an improvement. I will say the build up on this song is not as cheesy as the chorus to some of the so called heavier rock songs. There is a bonus song I am not counting for the purpose of this review so I don't have to draw this out too much longer so we will say "Pale Blue Dot" is the last song. For these guys the song is dynamic but business as usual with no new tricks up their sleeves. I will give this album an 8, it is well done and a step back toward their more classic sound with keeping the cheese to a less than expected level. If you are a fan then this will sit right where you want it.