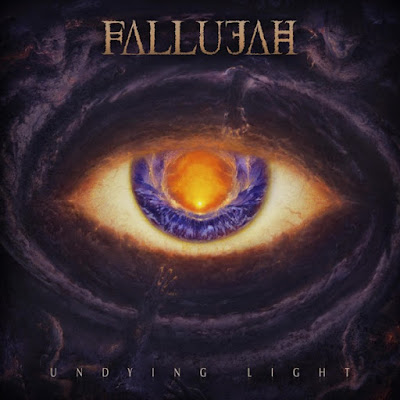 The opener doesn't break much in the way of new ground. All the elements of their sound are in play. The vocals sound more hard-core and less death metal this time around. There is more of an angry scream to them rather than a growl. The lyrics are easier to make out this time. The vocals are also doubled up with a more forcefully shouted vocal. I think the guitar melody to "Last Light" is more memorable. The drums also back off and give things more room to breathe in places. I am hearing the difference on this album being more restraint. There are not guitar solos coming at you from every angle. The atmosphere coming from the guitars is more streamlined. There is more of a metal core sound, than death metal. The more stellar guitar playing that was on there previous albums surfaces midway into third song. There are some stomping djent like grooves that build up. I guess that is fair since I would say Meshuggah also uses the guitar in a similar atmospheric sense.

The riff leading into "Dopamine" is much more melodic. The hard core comparisons would once again arise as the verses progress. I will give it to them that things flow and we are not getting just a bunch of riffs for the sake of riff. The first sung vocal, that has a Deftones like coo pops up.  "the Ocean Above" works off some tricky time signatures, but as a song it is ok, nothing that really grabs me. There is a similar formula at play on "Hollow" . This formula begins to get broken up s they have an almost Swedish melo-death sound with the thrashing speed of "Sanctuary". "Eyes Like the Sun" finds them on a more predictable course. There is some great guitar playing, but it's beginning to sound more along the lines of Thy Art is Murder. The atmosphere is more welcome than just straight up technical death core, but nothing ground breaking despite the whispered sung vocals .

If you are a regular reader then you could have guessed I would like the darker and more melodic direction they go on the Deftones like purr of  "Distant and Cold".  There is more double bass to drive "Departure" that closes the album. This gives it more death metal like muscle. Midway into it the groove switches, but the overall feel doesn't stray from what is expected of metal of their ilk. When it comes to modern metal, I appreciate the layers of atmosphere and more melodic moments. I will round it down to an 8 as I feel this one kinda plays it safe, but if you are into a more metal core sound then you will dig it. Either way the great guitar work can not be denied.