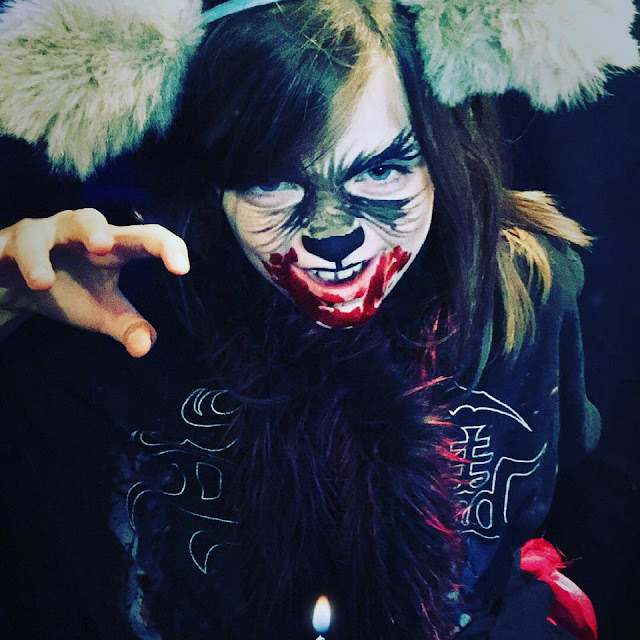 Last night I had to correct London who was under the impression that everyone went to Live Aid to see Queen. I had to correct this by showing her clips of the Live Aid performances by Led Zeppelin, David Bowie, Black Sabbath and Judas Priest. She like Ozzy and the boys best so has been on a tangent of wanting to see videos of Ozzy going crazy.  This morning I expanded upon it and took the opprotunity to play live videos of other bands to get her thoughts on it so here we go

London- "He kinda looks like you when you had long hair. He is not going crazy here"

London : "He has black hair like you used to. Why is he wearing booty shorts. He is having a fit. I don't even wear booty shorts. Who could have a crush on this guy?"

London-" He is not singing like an old lady hear , so that is better, I like it"


London- "I don't think they sing as good in the masks , the sound is too low, I don't like them"

London- "He doesn't sing very well, why is he more famous than you, you think better than he does, so does King Diamond. "

London- "I can tell be the singing that this is King Diamond, so of course it's good"

London- " This is crap, if they want to be King Diamond they have to sing better than that"

London- "This is not metal, how can this be metal"

London- "This is a little better than the last one, rather see Ozzy"

London- "I think I can go crazier than him, I think I could crush faces if I had to"