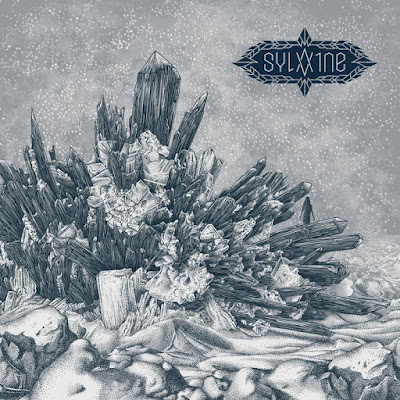 I got angry that an album review of this Norwegian artist who released her debut back in 2018, said this sounded like if Chelsea Wolfe sang on one of Deafheaven's heavier song. While this is not really true , it underscores a larger problem in music today. There are no gatekeepers. Hiphop has had a quality control enforced by their artists ,where they called each other out for sucking.Rock music has become the internet fodder for millennial snow flakes who melt under criticism, because they are that thin skinned , along with the fact many journalists want to stay in the good graces of P/R Companies and Labels so are afraid to tell it like it is. That is not the case here. Also the problem with the comparison above is that if you are going to say that you need to grow the balls to come out and say they want to sound like Myrkur. Saying they want to sound like Myrkur is far more accurate in the end then comparing them to the two artists in that context. The writer must not know how Deafheaven's heavier work sounds,as it is far heavier than anything I have heard on this album so far.

You are assuming I do not like this album right now. That assumption is wrong, There are Alcest like post-rock elements that keep it soaring. This is not an accident as Neige plays drums on half the album. Her vocals are more Myrkur than Chelsea Wolfe as she strives for a more European folk sound that has more operatic timbre than Wolfe's more melancholy moan. To the point that "Abeyance" brings to mind the Gathering. It's more rock n roll and the least metal song so far, but perhaps the most well written. I have no problem with drawing comparisons with other artists as long as it's accurate. "Worlds Collide" could be said to sound like if the Cranberries to an ethereal journey into more sonic realms. That would true. Comparing it to Chelsea Wolfe would not be as it is not that dark. The Myrkur thing occurs more when there is a jarring transition into a black metal section. Though I would not call this a black metal album. Sometimes this shift feels more forced than others.

The last song has a clean strum of guitar that has more in common with American indie rock. It could be argued that this sounds closer to Chelsea Wolfe, but I would counter by saying it's actually more Emma Ruth Rundle, who has toured with Alcest before so there are the 6 degrees of separation. At the end of the day this marketing quirk is no fault of her own, in fact the point was to show how she doesn't fit into those molds. Sure her sound is familiar. Yes the dynamics are in the same zip code as Myrkur and will certainly appeal to those fans, but the architecture is different and this album is something of her own. I will give it a 9. Out now on Season of Mist.