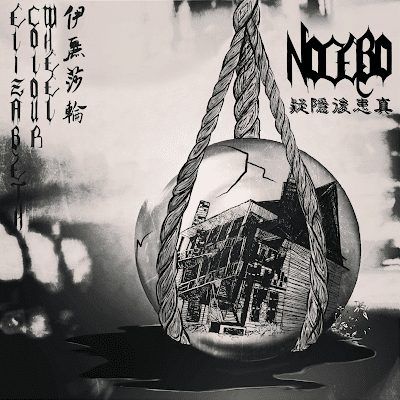 This band of Boston hipsters  sounds like they should be from Brooklyn in how they blend all the coolest genres the kids in the coffee shop are talking about. The core of the first track is post-punk, with shimmer bits of post rock that has black metal aspirations though is neither dark or hateful enough to reach that . I know my tone can confuse people at times, so all of that doesn't mean I don't like it. In the swirl of sounds is something unique.  In contrast to the sonic chaos that erupts on the opener the second song is so atmospheric it is not even there . To the point that it sounds like Sigur Rios just warming up. So for the sake of scoring the album for this review I am not going to count it. The same can be said for what is also listed at the 6th track on the album.

There are some interesting guitar tones abound. There is more of a clanging jangle to "03:32".  Shi's vocals have more form and function on this song and remind me slightly of Karen O from the Yeah Yeah Yeah's. The song itself has more of a grunge like drive , to which she forms a more conventional rock melody over .Three minutes into the song it collapses into noise, and then slowly ebbs back up.Shi goes up into her higher register for "Life of a Flower". The music behind her is pretty minimal leaving her vocals to hold it together like a Jeff Buckley out take. It does build back up into something more dynamically powerful.  The weird factors begins to wane by the time we get to "Hide Behind". So the sonic curiosity is less novel now and I hone in on songwriting. This song benefits from the fact it's darker and we hear Shi is able to unleash harsh screams. She lets her voice crack into them and they are the exception rather than the rule.

"34th" is heavier and more driven, but from a song perspective, it's also more abrasive and less form like Yoko Ono jamming with the Jesus Lizard. "Head Home" finds them puling it back together to write a real song. It has shoe gaze elements, but this or really none of the songs would call shoe gaze, as this is indie rock infused with post-punk, not unlike Sonic Youth. I'll give this album a 8.5 and see how it grows on me. It started strong , but some of the noisier moment detract from what would otherwise be a high water mark of familiar sounds turned into something special.