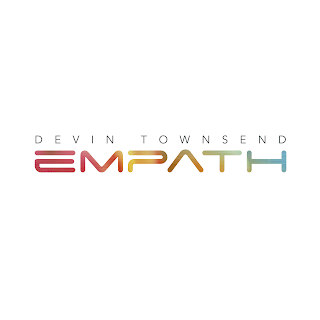 The 18th album from Heavy Devy, who claims to have sunk $ 170,000 of his own money into this album and claims if it tanks he will have to quit. So is this worth him hanging it up for ? this is over the top. I think I can handle it better than Dream Theater. It's over the top in more of a Meatloaf way than being a shred fest. There are big choral sections. Countless layers of vocals that make it feel like I am listening to a musical rather than a rock album. The drummer from Decrepit Birth might play on this album, but so far it seems like a waste as there is nothing really demanding in a metal way on the first two songs. The second song is a little too happy for me. There is a marginally heavier feel at times to "Evermore". It sounds like the new age version of contemporary christian music.  When I hear stuff like this it reminds me there needs to be a balance for the dangers of over production can be heard here.


"Sprite" is like the Disney version of a rock opera. There is a little more quirk to it. Like a great deal of progressive rock, the songs are long and winding , with plenty of excess fat to be trimmed."Hear Me" has more metallic drumming. I would not say even with the blast tempo in play that is meaner , until Devin comes in with a more screamed vocal. This song is a mess. There are death metal growls, but it doesn't feel heavy because so much circus music is going on around it. "Why" is totally like something from a musical. So far the most interesting song is "Borderlands". It's oddly progressive. Not that heavy, it just flows well as a song even with all of the quirk it carries.

The sprawling "Singularity which is comprised of five songs that make it up ends the albums. It also features some of the album's heaviest moments on "There Be Monsters" , though I think the song before it is actually better. The ethereal choirs return for the fluffy cloud of sound that is "Curious Gods" . It gets to a Zappa lite level of prog. So more like Porcupine Tree. Things get even more proggy for "Silicon Scientists". The guitars get ridiculous. There is a robot voice where the vocals would be. I think we have had more than enough vocals at this point , so I am fine with it. When vocals come in they are like a synth pad of sound. The closer "Here Comes the Sun!" has a smoother vocal flow and get's kinda djenty, but it's well done . At this point in the album there are no more surprises, aside from a guitar solo that is tasteful in it's acrobatics.  I'll round this up to an 8, though don't feel like I need to listen to it again. It might be a good time for him to cash out and it it on a grandiose note. He should consider himself lucky that he had 170 grand to blow on this . It seems if he dialed back the choirs he could have saved a few bucks and it might have been a better album if he spent half that.