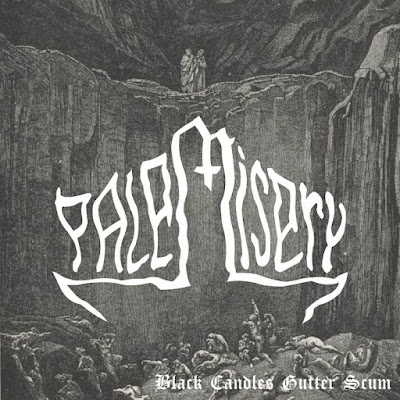 While I often proclaim the music I like in broad strokes of sub-genres, like funeral doom or depressive black metal, that is not to say I won't like other genres with qualities I don't normally like . It just depends on how it's handled . This band from Louisiana is and exception to many rule. They had a blown out production sound. They are not particularly melodic. They are almost as punk as they are metal. But they are dark and miserable. The low production value here adds to the charm of their sonic snarl. The vocals are like a thrash band with rabies. The black metal side of what they do is often and undercurrent to the more crust punk aggression that fuels them. They do have some memorable riffs. Like Motorhead and a great deal of punk rock, it's the energy of their music more than the notes they are playing which at times become repetitive song a like "The Only Cure" .

Their sound is a buzz of guitars that create a furious wall of speeding chaos. I think the use of effects on the vocals is an interesting choice against the other wise dry organic mix. It makes sense if you think about the vocals here as just another layer of sound. More of an abrasive instrument than serving a melodic purpose. "Quiet" is a soundscape , of a sample with synths set against it . It's cool as an interlude, but with only six songs on this album, I would have preferred this to have been worked into an actual song. I guess when it comes to crust I like more of a neo-crust sound, as it can create something more sludgey when played straight forward. This is the case on "Hope is a Mistake". When they slow down, it not only gives the album more dynamics, but seems to be something they do with almost greater power and authority.

I think this album works best when embracing more of the crusty metallic side of what they do and less of the punk side. The black metal side of this band is sparse and more of a passing influence than something that defines their sound. I'll round this one up to a 8.5. I like what these guys are doing . The question is how much will I actually listen to this? I am not sure, though I have enjoyed the handful of spins I have given this one. I think for me, when I want to hear this type of thing I lean more toward Fistula. This makes sense given my tastes , as Fistula is more metal and less punk than these guys. So if you want something more on the punk side of the equation these guys are for you.