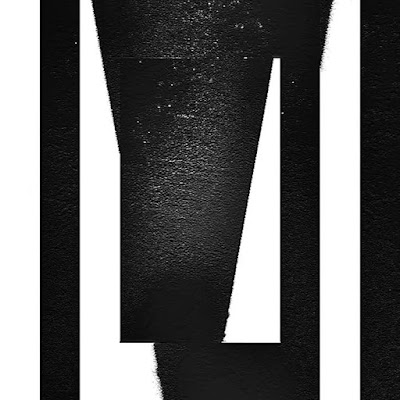 This project out of sunny Los Angeles draws from the city's bleak underbelly. This is the sound of alley ways after midnight. The opening song "Isn't Real" lurks with an ominous pulse, before the robotic vocals come in with a distant chant. If I was going to classify this it would be the question where does darkwave begin and industrial end or is this just dark EBM?  When the song began there was a mechanized sensation that you might associate with industrial. I think for me what keeps it from being industrial is this is more passive aggressive than aggressive. Industrial is in your face, what is being done here hides in the shadows of a nocturnal urban landscape.

"Hollowed Out" retains the dark atmosphere of the first song. It also builds into a beat that you could dance to on goth night. However it is not as dramatic as what comes to mind when I think of dark-wave, another way of saying it would be they have little in common with VNV Nation. The vocals are colder sounding on the second song. I also hear traces of what could be guitar on this one, but I am not going to swear to it. When the vocals begin to take on more of a croon then it brings them a little closer to the zip-code of darkwave. The vocal lock into more of a drone and contribute to the atmosphere rather than laying on the lamentation as dark-wave would. To say they don't fit neatly into either genre, is one of the this projects strengths. I all kinds of music come across my in-box, so for something to have originality is not in the majority. The vocals were  minimal on the first song by the time we get to "Feral Plains" they are playing a much larger role. I also like the fact that are used more like another instrument rather than "Oh, Look we are leaving the verse and now here is our obligatory chorus".

The title track that closes this album, has an almost trip-hop beat that leads into the song. The vocals stay a few steps back from the middle of the mix. The vocals evolve into something that is more of a sung melody and less of a haunting chant. The lyrics to this song which are the most discernible of the album, make me think of Twin Peaks as they speak of passing through this world, jumping dream to dream. This also describes why I am rounding this up to an 8.5 , as I like the fact that they have created their own world with the sounds presented here. You can check them out at the Bandcamp link below.