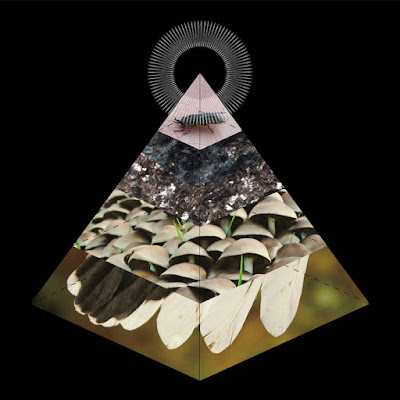 There used to be black metal pouring out of Brooklyn, but hipsters must be over it.Features the guitarist from Woe so thought it would be worth checking out. It has a very organic sound, though I am not feeling any darkness. All the right notes are being played and they are technically fantastic players, but black metal is supposed to have an unsettling edge to it's anger. It lacks that inner dissonance even when the notes are played that would equate dissonance. Instead it sounds like aggressive metallic jazz. The uniqueness of their sound certainly gets me through the first song, but the question is can they write songs ? King Crimson can play at levels of great difficulty, but at the end of the day they have good songs. The same could be said of Emperor. Krallice ...not always.

There is more of a disco beat leading into "Monolith". Mood wise it is moving toward a shade of gray. I do give these guys credit for keeping things streamlined and not feeling the need to lose you in a drone that is over ten minutes. The drummer is impressive. The vocals stay at mid ranged rasp. Not quite sounding like they are clearing their throat, but as nasty as you can get without me believing you have actual hate in your heart. I think this is the x factor. When dealing with black metal that is not in your face anti-christian or standing strongly for something, it's hard for them to channel emotion into lyrics that are more abstract concepts. The last Woe album does get credit for being angry at the world around it. Here I am not feeling the hate coming with conviction. You need to make me a believer.

The lower riffs to "Avarice" is more convincing when it comes to the feeling needed for this aggression though it is sacrificed for the more angular progression. So kids remember when it comes to math or hate in black metal always choose to hate. Midway into the song it gains more grit. While the drums dazzle , they could stand to lock in and serve the song rather than they busy work at hand. "Illusions" starts off darker and has me waiting to see if it can hold to it when it defaults to the inevitable blasting. They prove my paint with some gallops that do lock in for a minute making for a much more vulgar display of power. In these moments they remind me more of Mutilation Rites.The blasting flurry of "Psychosis". They do hit a groove amid all of the blasting of this song, which is the highlight, but the rule around here is cool riffs alone do not make a good song.

Due to the formula of this album they lazy of the riff that opens won't last too long as you know they will default into more blasting. The vocals have a slight tinge of anger in their scowling howl. The bulk of the song is the blur of blasting  that is their default mode.They do finally capture some of the dissonant ugliness I need from black metal though are quick to discard it in order to return to more blasting.  I will round this album up to an 8. The dependence on blasting is a common problem for the genre, but they do have some interesting interludes between them, along with a nice organic guitar tone. This is one of the better American black metal releases so far this year.