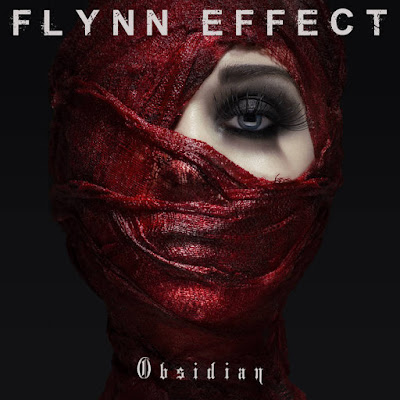 This is a pop infected brand of darkwave with guitars to it or at least that is where the album starts off it gradually gets more radio rock as it goes. The female vocals are dramatic but more on the rock side of the fence. It sounds good aside from some of the synth settings sounding like they are from an anime soundtrack. But maybe that is exactly what they were going for . This project is from Australia , but it could have been from Japan. It is interesting that when artists come from places outside of western influence there can be an element of the sound remaining locked in a time period music coming out of America has already seen come and go by a decade. The guitars do give "Fade" more of a metallic edge, but it reminds me of pre-nu metal Lacuna Coil. The drumming is pretty decent, though the guitars are fairly color by numbers metal.

By the time I get to "Eastwood Blues" I begin to suspect that perhaps I am not the demographic they are going for since I am not a teenage girl and I expect teenage girls might find this heavier. They do use some different tones on this song, but it feels like they are going into more uncertain territory. She has a good voice, but goes to places too similar when it comes to the melodies she crafts. I would like to hear a wider range of emotion expressed from her. I think it was on "Tremors" when it all started to bleed together for me. Her voice doesn't sound as sure of it self as it does at the beginning of the album, but once the song kicks in everything becomes a bit of a blur as the songs after this one become indistinguishable. In fact I had to go back and give another listen to them in order to find the points of separation. There is a little more of an electronic power ballad quality to "Talk". The formula is used on all the songs on this album sometimes they just kick into a little more aggressively.

"The Darkest Hour" starts off harder is a little more firmly planted on the rock side of the coin in a manner similar to the Gathering. Her vocal range is fairly limited as most of the stick in a mid-range alto. The piano ballad eventually does the power ballad build, it's my least favorite on the album. "Give in To Me" has more of a nu-metal groove to it. Her voice could use some effects to it as it sounds very dry where it sits in the mix.I'll give this album a 5.5. These guys could stand to get darker and heavier and the vocals needed way more love in post-production.