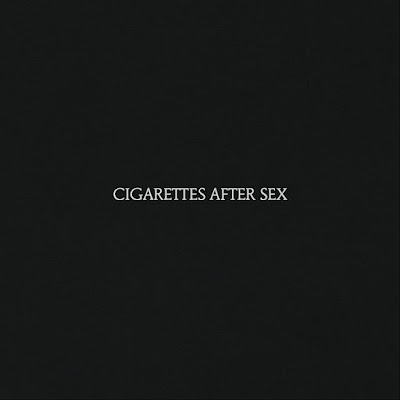 This could have been released in the heyday of 4AD. It's goth in the same way we define the Cocteau Twins or the Cranes as being goth. Perhaps not as ethereal. More minimalist. But fitting soundtrack to a David Lynch film.  The first song is crooned for them dressed in all black so there is that. It's as slow as the falling leaves of the fall. There is a very Juliee Cruise like vibe to "Each Time You Fall in Love". Very bitter sweet and perfect music to hear before your first cup of coffee. There is a dreamy West coast feel to "Sunsetz". The guitar tone is similar to "Apocalypse" that follows, the difference being is a I prefer the beautifully bleak lyrics of "Apocalypse". The line that really caught my ear was " watching cityscapes  turn to dust". Was like woah this is not another bittersweet love song.

The project has the uncanny ability to blend very hooky melodies with instrumentation that drifts that the clouds around them. Just when I think "well this one is dragging " they turn around and hook you back in . I like slow core bands in theory more than what the reality of listening to them on my iPod turns out to be. "Sweet" is not as successful at working off this formula and follows to closely to conventional song writing, though I can hear touches of the Cowboy Junkies in what they do. "Opera House doesn't connect with me with the same seductive power the songs before 'Sweet " did so I suspect the album is running out of gas until I get to "Truly".

"John Wayne" is supposed to be about John Wayne Gacy. But I am not sure why it's using guy girl dynamics.  Then in the context of the lyrics it seems to be using John Wayne as the cowboy actor, so there is some confusion here, but it's a good song otherwise. The last song "Young & Dumb" seems quaint until you take the lyrics in where she gets called the patron saint of sucking cock, which gets points for that clever line alone. I'll give this album an 8, it's more for the new school of little hipster goths with grayed out hair, but they need music too.