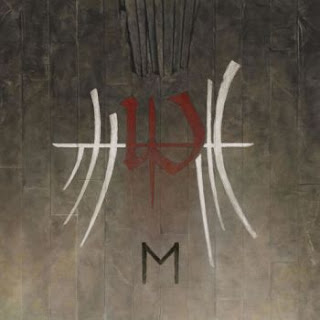 These guys used to be one of my favorite metal bands then they drifted too far out into Opeth territory and lost some of their bite. This doesn't change the fact they are great musicians and slayed it when I saw them live. They meander into the opener, with granted cool guitar tones , but it goes to show some off the fat could have been trimmed off it. Clean vocals are the first two show. Though the scowling growl does chime in to remind you they are metal. Forget thinking of these guys as black metal any more. There are some cool riffs, and the heavier guitar tones are crisp. The growls go lower into more of a death metal growl rather than the normal black metal rasp they had. Double bass does come in to speed things up and add some aggression eight minutes in building up into them beginning to sound more black metal, I did find myself bobbing my head to the more groove inflected riff.

I am not holding my breath for this is be a heavy album, so if it takes that turn I'll be happily surprised. They do gallop into "the Rivers Mouth". The vocals come in around where the chorus would be, but they are not really what I would call a hook. The overall mood is more aggressive that what we have heard from them in recent years, though more straight forward. The clean vocals seem like they are produced much like Burton C Bell's clean vocals were. The drummer is pretty bad ass on "Sacred Horse". Three songs in I can say they are making a concerted effort to have more growled vocals. The clean vocals are more of a texture , which is fine by me and I am a fan of actual singing. There are some weird proggy ebbs and flows back and forth on this one. The clean vocals are used to darker effect towards the end of this one that works well .

There is a more rock n roll feel to the beginning of "Axis of the Worlds" . I like the heavier chorus riff more than the manic verse riff. Then the album takes a turn in a much more proggy direction. The jazzy drumming anchors the spiraling maze of guitar on "Feathers of Eolh". The part in this song with the lower "Silent Lucidity" vocals is the song' s best moment.  This doesn't change until 3 minutes into "Hiindsiight". The sax added to the song is a nice touch. They do hit a more upbeat gallop that is a staple of their sound on "Djupet" though the mood of the song is more death metal. The album ends with a more progressive tone. The clean vocals work as they have something in the melody to hook you into them. Overall I think this moves in a better direction and returns the focus to being heavier. I'll give this one a 9.