Gothtober -the Top 10 Goth Albums... of All Time 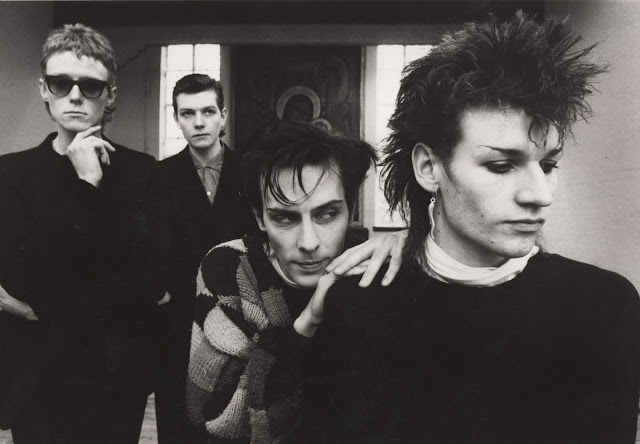 With 10 days til Halloween, it's as good of a time as any for this one. What made me rank the albums you ask? How did I determine this ? Well the first thing was to say darkness is a quality they must possess and often weighed in here eliminating certain albums and certain artists, who might be beautifully sublime and have a goth fan base, but not dark...sorry Cocteau Twins. Solid song for the duration of the album is also a must, so no random bursts of just shrieking...sorry Diamanda Galas.I have also limited to just one album by each artist. So here our my top 10 goth albums of all time.

She has released heavier albums since this one , but not darker. This one finds her at the deepest depths and is filled with chilling atmosphere.

This band's darkest album still might be one of the most upbeat on this list. It has still stood the test of time and finds me returning to it after all these years

Before you say "What about Switchblade Symphony" or "what about...insert name of any female fronted goth band" the question that needs to be poised is why do we need them if we have Siouxsie? Sure she has more popular albums, but this finds her ins a darker place and "Cities in Dust" seals the deal. End of Story.

Here is where it almost immediately came down to tough choices as this could have been in the top ten , as I probably have listened to it more than a couple of albums ranked higher, but the fact that this album was influenced by those albums puts it here.

6-Fields of the Nephilim -"Elizium"

This one is pretty much a no brainer. These guys can get so heavy they are almost metal. This album has a very tribal and ritualistic feel to it.I think this is what gives it an edge over "Dawnrazor".

5-Christian Death- "Only Theater of Pain"

This was hard. This album has more punk energy to it. Though It lacks a song like "Shes in Parties" or "Silent Hedges" , I think overall this one is more focused as a whole.

Another difficult choice, I feel like one is more passionate in what it is than "Into the Labyrinth" .


2-Swans -"White Light From the Mouth of Infinity"

First I eliminated the proto-industrial albums and then their more jam band newer material before asking the question which album is the darkest. They have some really dismal moments on other albums , but I think this is the overall darkest where the focus is on the songs and not noise or abrasion...sorry "Filth".

Email ThisBlogThis!Share to TwitterShare to FacebookShare to Pinterest
Labels: Chelsea Wolfe, gothtober, siouxisie and the banshees, Swans, the cure, the Top 10 Goth Albums... of All Time, Type o negative