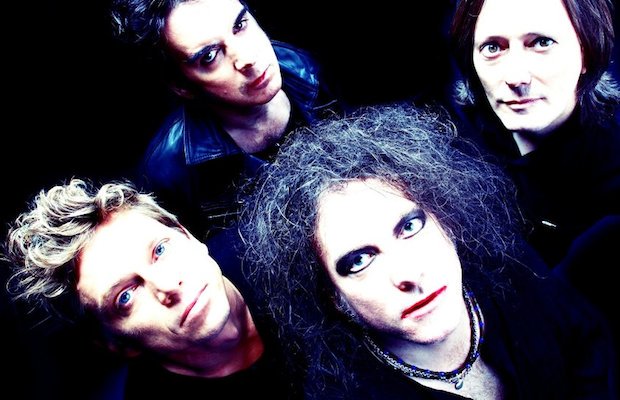 Ok here we are at the top 10 songs by the Cure. These are also ten of the greatest songs ever written and while the Cure can hold their own against the likes of Zeppelin or Pink Floyd and have transcended being just a punk band or a goth band. Most of these I had to default to what Last FM said I listened to the most of I would be stuck in an ocd panic trying to decide.

I know "Holy shit, a song from Blood Flowers" is in the top 10. Well it's a good fucking song. It has the angst and the lighthearted atmosphere that they are masters of combining. If you are going to write an upbeat pop song this is how to do .


This guitar riff is just the shit. The way the vocal melody winds around it is pretty perfect as well. "The Head on the Door" proves to be an album I liked much more than I thought I did. You know you are a vampire if you are getting paralyzed by the blood of Christ.


Off of 'Wish" , I love the bass tone and the guitar riffs on this song. Robert also has a desperation to his voice that makes this one of his best vocal performances.


It's a combination of the lyrics and the groove that get me on this one. The production on this album is very 80s, but it works for this song.


A had a weird obsession with this song which might be a speculation for why it's so high on the list. Speaking of so high I did a ton of drugs to this song back in the day, so I am sure that plays into as well. But the vocals are perfectly production and the majestic ethereal nature of the song makes it one of the best songs ever.


If any one doesn't think the Cure rocks, shut them up with this song. Then bow clove smoke in the face.


"Seventeen Seconds " is obviously an album I like more than I thought as well . I always liked the lyrics "You'll fall in love with somebody else tonight" .


Here is where it got really hard and I had to default to what Last Fm said I listened to the most.


This one surprised me when Last Fm told me I listen to it more than 100 Years, though it's a great song and suppose it makes sense , that bass like drives this shit home.


I tend to lose my mind when they play this live.