The National : "I Am Easy To Find" 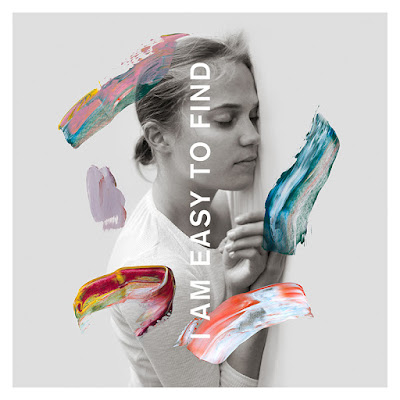 Their last album was a disappointment, but I am up for giving these guys a shot because they have made some great music in the past. The first song is up beat and electronic, though the vocals a thoughtful and it feel more congruent with who they are They glum mood of this album so far connect with where I am so I am glad these guys are back to being depressed, they were too manic on the last album. The baritone vocals are well produced much more like "Trouble Will Find Me".
'Roman Holiday" has the vocals taking on a more Leonard Cohen feel, while that has always been an element, but it is more pronounced when t he instrumentation is more minimal.  I prefer songs like "Oblivions" where they are recreating the sounds I fell in love with on their 2013 album. Things are still different there are great deal of female vocals layering these songs. French folk singer Mina Tindle sings on this one, but the guest list of female singers on this album also include former David Bowie bassist Gail Anne Dorsey,   Lisa Hannigan, Sharon Van Etten, and Kate Stables.

There is a great deal of experimentation, that almost falls into Radiohead like sonic weirdness on "the Pull of You". At times this one goes on into passages that are more like jazzy Sonic Youth. The ambitious scope of what they are going for here is pretty impressive. "Hey Rosey" is a good song, but I am not sure if it's a good song for the National even if they wrote it. It is getting cluttered with all the varied vocalists taking away from Matt's more intimate performances. The same could be said of the title track, if they just let him sing these songs I think it would have been better, good songs with too many cooks on the microphone.  This has become an album of duets. There are cool guitar sounds, but the fact Matt's vocals are buried and there is so much going on detracts from it.

"Not in Kansas" starts off with just his voice and an almost country guitar sound. This stripped down arrangement is what the album needed. Midway into the song other elements come in , but there is more of a balance. "So Far So Fast" stars off with "Lisa Hannigan, so it doesn't feel like a National song. So atmospheric it is almost not a song at all.  "Dust Swirls in Strange Light" finds the band once again getting off on the more pretentious foot with a choir. That is what this albums needs less of. I am fine with Matt  layering his own voice to create harmonies and would take much more like "Hairpin Turns" .  The female vocals are back with "Rylan" but there is a better balance and it still sounds like the National. I will round this one down to an 8. It is a much better step in the right direction, and while the album sounds great and these guys are wonderful song writers it just did not feel like they wrote these songs for themselves.

Email ThisBlogThis!Share to TwitterShare to FacebookShare to Pinterest
Labels: "I Am Easy To Find", 8, album review, indie rock, sharon von eaton, the National