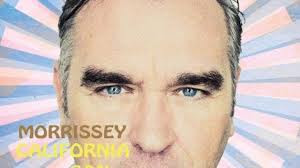 "Pin Ups" was Bowie's cover album, so while it can be a gimmick they can also be well done. Morrissey does most things with creative grace, though in recent years a few songs have been a hiccup here and there. This album is graceful. He is a lover of music and the only surprise here is the fact he doesn't do a New York Dolls song. Since Jobriath was the first rock singer to die of AIDS, I can understand why he covered him. I think Jobriath was trying to be David Bowie with a fraction of the talent so Moz takes the song and makes it better than the original.  Joni Mitchells uses such distinctive intervals when she sings it is apparent this is her song from the phrasing alone which he nails. The album's only hiccup is the Bob Dylan song "Only A Pawn in Their Game". Lyrically it shits on the accusations of Morrissey being racist, but the idiots using these allegations as their defense of Morrissey not agreeing with them don't do things like really check their facts. Political statements aside , Bob Dylan is really a waste of Morrissey's vocal prowess.

I had to go listen to the original because "Suffer the Little Children" was not a folk song I was familiar with and Morrissey's arrangement reminds me of Dolly Parton's " 9 to 5:" The original is more folk than Dolly Parton. The first time I heard Phil Ochs I thought I bet Morrissey was influenced by this guy. So I am glad he covered one of his songs. When it comes to a Morrissey album what I am most concerned about is his voice. The last couple of albums felt like there were moments where perhaps age was catching up with him, This is dispelled on "It's Over". Roy Orbison is no joke. Morrissety gets up there and hits all the notes with conviction I have not heard from him in some time, so it is great to hear him in true form. "Wedding Bell Blues" is a little upbeat for Moz and sound more like Burt Bacharach. He goes up into a falsetto here. Billie Joe Armstrong's backing vocals are pretty pointless.

There is a similar summer time stroll in New York feel to his version of Dionne Warwick's "Loneliness Remembers What Happiness Forgets".  His voice is really strong on "Lady Willpower" it has the resonance I want from his croon. The horn section on this makes me think of Neil Diamond and now I want to hear him cover a Neil Diamond song. Like Elvis when he covers someone else's song he makes it his. Even so Carly Simon's "When You Close Your Eyes" is an odd choice that he makes work well for him. "Lenny's Tune" has an intimacy that recalls his days with the Smiths.The album ends with the sedate yet steamy ballad " Some Say I Got Devil" .  I think the strength of the vocal performances on this album are enough for me to round this up to a 10. Obviously if you are a egular reader you know I am a huge Morrissey fan, that does not mean I am going to just give him a free pass, in fact the bar is raised higher and he pretty much comes back in full force and nails better than he has since perhaps "Ringleader of the Tormentors".