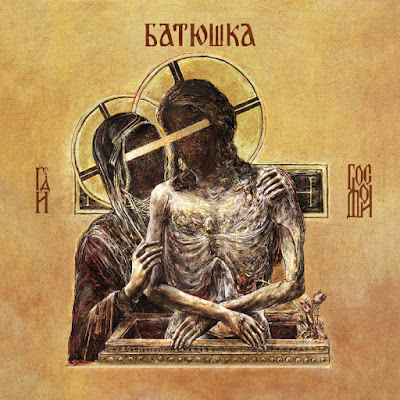 There is some Dram with this Polish band and who is the real version. It seems that is best answered by considering this album was released on Metal Blade, so it's whomever the label's lawyers said was the band when they signed the papers to release this album, End of story moving on. perhaps not the most blasting cvlt of black metal metal, though there is a fair amount of it. These guys are creating something with a creepy darkness . The less full speed ahead and more creepiness the better. As the second song which works more off speed snarls like every one else. When the blasting does subside on the second song things get interesting. Granted this is midway into the song and I would prefer just getting to what makes this work rather than blasting for the sake of blasting. There is a ritualistic feel to some of the atmosphere, but not sure I can say this is orthodox black metal . The third song is denser and darker. The guitar sound is crushing ly heavy. They keep things at more deliberate pace and are heavier in so doing.

Four songs in it is evident they are fighting the need to validate themselves as being black metal, by the blast beats thrown in when double bass is clearly the strong suit of the drummer.  Even these section do not ruin the songs as they are adept song writing with winding passages of guitar.I prefer the darker pulse to the fifth song. The vocals are sung , but in a chanted fashion. for these guys it is seeking to find  a balance and using some restraint ot not fly into blast as then they begin to sound like everyone else.Their is a big guitar sound and the drums are thundering so it is recorded with better production value than your average black metal band. Might thought do not change song in regards to what works best, if it's a speed fest then they are not playing to their strengths.

The last song uses more restraint. I begin to notice the nasty snarl of the vocals  is just a layer and doesn't contribute as much as the low sung vocal that give a darker tone to the album. I will give this album a 7.5. It starts strong and creates a great mood that is then blasted out of the water as the album progressed and they give into their more primal urges.