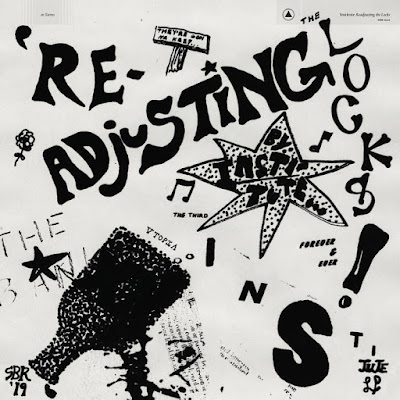 The first three songs all kind of sound the same. It has a garage punk sound, like if Iggy had been a less inspired vocalist. Iggy might not have had the best set of pipes even in his peak, but he knew where to put his voice, where this guy seems to be a one trick pony. "Roll Music' is more in the rock beginnings of early punk. While I normally prefer this era because it was more song focused , this seriously lacks dynamics and the guitar might attempt to hold the tension of these songs, but these songs are not holding my attention. Thankfully the bulk of these songs are under 3 minutes. They do not go anywhere that really even needs that long. There is "Sonic Reducer " like riff to " Can't See Nothin" . The vocals are so terrible they don't really give these songs much of a chance.

When the guitars slow down going into "Shangri la" it is clear they are attempting to write a song, but the vocals continue to work against the song. It sounds like disgruntled mumbling.  I think this is the first song on this album that works for me. There is almost a more Sonic Youth feel to their sound here. The next song that stands out to be is 'Dazzle Paint".  The tension on this song is more effective. The rest of the time they seem to be intent on a reckless ramble. Sometimes I can make out the lyrics better than others. This could be any drunk muttering into a microphone. It is not until "Deadlock" that I check back in. There is a strummed guitar that offers another sonic layer.

The vocals are so terrible that I will have to round this down to a 5. I appreciate the knod to old school early days of punk. They captured the rawness of that sound . What they did not do was really connect when it comes to song writing , but the vocals are largely to blame for this . I just reviewed the new Bad Religion yesterday and it was a clear case of how a punk singer cna try to sing and actually add value to the songs. Sadly the opposite happens here.