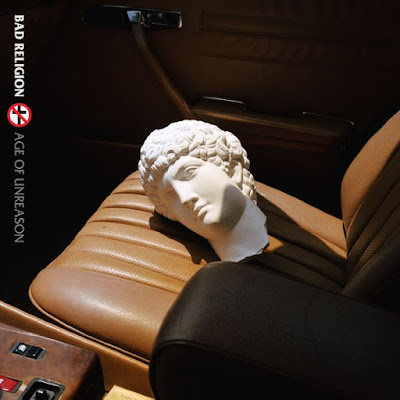 Well after reviewing the new Amon Amarth this is going to sound like a palette cleanser.It opens just like you would expect these guys to . Fast but melodic. Greg Graffin's voice is still just as distinctive at 54. He looks even older. I like "My Sanity" better than the opener. The vocals are more melodic. The drums are pretty awesome for punk on "Do the Paranoid Style". Graffin's phrasing feels more forced against the lyrics, which is weird cause this was always his strong point. They play at such a similar tempo for all the songs that the guitar parts begin to sound the same and leaves the vocals as the only thing to really give distinction . Like most punk band's the songs are all under three minutes with maybe one exception . Things are pretty crisp almost too much as I think the guitar could have stood a little beefier mix .

Things are a little more rock n roll on "Lose Your Head". It is one of the strongest songs so far. The chorus is more subdued than what you might expect from these guys . 'the End of History" is the first song that feels like filler. The title track is well done , but feels like the are recycling old 90s ideas . The acoustic guitar on "Candidate" switches things up, so when it kicks into the mid paced riff there is welcome sense of dynamics. "Faces of Grief" is a minute so they get as much of a song crammed in as they can . Not that "Old Regime" is much slower they just give the song more time and expand the chorus. "Big Black Dog" has enough rock swagger to make it stand out. "Downfall" works off a similar more mature rock feel.

The last two songs have a very similar feel though the vocal melody to "What Tomorrow Brings" is better thus elevating the song. I will round this one up to an 8, as the old dogs were not afraid to try new tricks . While this album is lyrically very political Graffin never takes a side, as I suspect he is smart enough to know neither side is better than the other and it's all one machine.