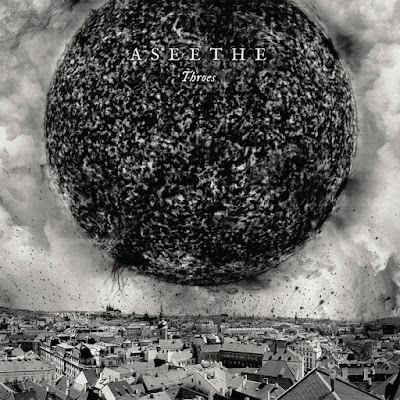 This band is not at all like my idea of them was. For some reason in my head I thought they were an indie rock band. Perhaps there was a local indie rock band of the same name. These guys are from Iowa. Yes the home of Slipknot. They are tuned low, but nothing like Slipknot. Instead they play a throbbing  version of sludge. Like some bands who are very heavy, the first song kind of stuns you. Their brand of heaviness is one with great sonic weight. Doom paced, but for future reference they offer a good lesson in the difference between doom and sludge if you were having confusion in telling the two genres apart. There is not a dark sorrowful creepiness to what these guys do. Nor do they really owe that great of a deal to Black Sabbath, they may or may not smoke weed, but do not drive Camaros.

This is not to say they follow the text book doom formula. Other elements make themselves known on "No Realm". This is also my favorite song on this album thus far, because it doesn't play it safe and they break way from the pack to do their own thing. As one who reviews albums sub-genres are neat ways of me filing bands into organized systems  of sound. Some bands make soup and throw varied shades of heavy into the mix, the grind core/ death metal hybrids more recently find this to be a thing. They do drone. But I would not say they are drone metal. 'Suffocating Burden" where the most white noise like drone comes from, is more of an interlude than a song. Since to be a song there must be notes , melodies and rhythms grouped together. When they begin to really break the rules on "No Realm" the vocals have more of a punk snarl to them.

The album ends with the oppressive "Our Worth is the New Measure"  The band claims this album is an expression of anger. If so it is tempered with a great deal of brooding here. They lumber with power , but never launch an all out attack. Overall this is an interesting listen . I like how they defy the conventions of sludge . This sounds great, there are songs and not just drone. I will round this up to a 9.