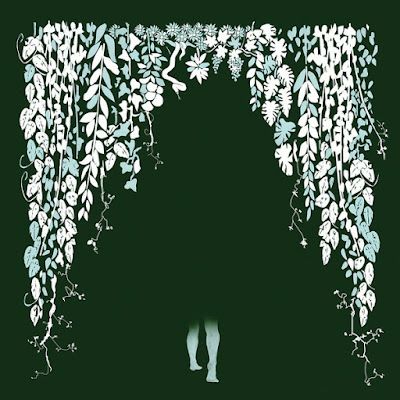 This one starts off with a heavier thump that is more in line with Failure's harder efforts. Then things take on a more indie rock feel and these guys begin to have more in common with Interpol than Failure. The vocals are less indifferent than this other wise stiff and tense form of post punk. I like the more Police like guitar tone going into "It's a Low". The riff is very taunt and the vocals are more light hearted. It winds into an interesting progression where it breaks down into a piano part.  "Decompression" just plods along a bass line never feeling like a song. The return to more of a the tense indie rock that works for them on "Carcass" . The vocals are melodic yet indifferent.

There is a more languid yet down trodden mood to the more surreal "the Golden Bough" .  I guess if it is inspired by the book then it is fitting.  It atmospheric in almost a Janes Addiction manner. "Palm Hex" is a more driving fuzzed out almost psychedelic brand of post -punk. The vocals take on more of a Iggy Pop cadence. There is also a noise rock recklessness in play so this song is interesting due to all the direction it goes in at once. The bass takes on a key role as the glue holding the groove of " Babes of the Plague " together. This song also takes on a more fuzzed out sonic sprawl that sounds more like stoner desert rock.

The album ends wit ha more slinking groove that I like as it's darker. The reverb of the guitar adds to the shadows here. The vocals are pretty much the same sardonic croon that we have gotten through out this album, less on the Iggy Side. When they all lock in to give more pounding accents the results are something pretty heavy without being metal. The feed back of the last two minutes could have been edited down. I will give this album a 9 and see how it grows on me . So far I have enjoyed listening to it .