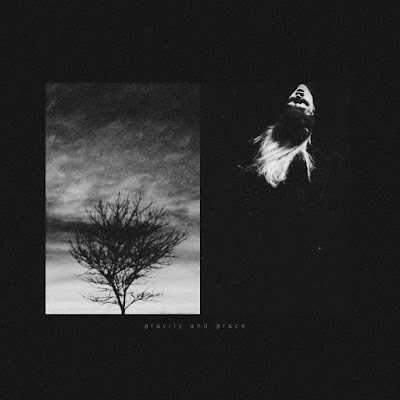 I can appreciate what these guys do. It's more post- black metal, than hard core, though I can hear that influence. They have a great sound, but when the opening track runs into the second song and it all sounds like one song then it falls under my complaint about music these days that new bands have a good sound, but not good songs. So this is what they are going to have to disprove. Then there are moment that lean more heavilly on the post -rock side waiting to indulge the heavier side. The vocal which are screamed, are really the most metallic part of some song. While "Waltz" is fast, and driven by blast beats , even in these moments the guitar is mot crunchy like a metal band. I can hear the vocals begin to take on a more Converge like snarl, though they are typically in more of a Deafheaven direction, more mid range and snotty.

They do get credit for the fact that despite their post rock tendencies they do not over indulge and drone things out . This allows them to write more compact songs, Sometimes they tap into a place that sonically heavy with a pounding , but more often than not the more shimmering spacious style is what they lean towards.  The title track , bleeds into "Eternal Nothing". I think if you don't hear the Deafheaven in what they are doing , you must not want to hear it. I think the added instruments like the brass helps to set them apart enough. The first part of "Evening Melancholy" has actual sung vocals which help take them in a more emotive direction. The second part of this three song trilogy kind of reverts back to what we have already heard from them.

I think these guys have a great deal of potential. They might not be black metal, but would appeal to fans of post -black metal, more than fans of even more experimental hard core, as they are more atmospheric tan even Converge's darker moments. Don't read that as they are better than Converge in any way, as they are not. I could see them perhaps being able to give Deafheaven a run for their money if they learn how to put a tighter harness on the emotional current of their work and get angrier. I will give this album an 8.
Posted by Wilcifer at 6:45 AM