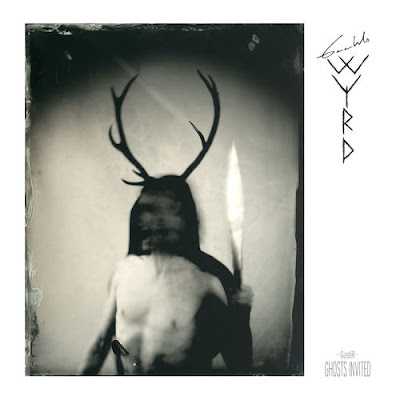 In days where supposed fans of black metal and even other black metal musicians of lesser quality are calling into question church burnings, black metal needs someone who will stick to their guns  in the face of not being safe or politically correct. Black metal saw a spike in hipster interest a few years back, which has now waned. People who once thought Norwegian black metal was the coolest are not sided with safe politics and becoming puritans since they can not understand other countries govern themselves in ways not like america and only America wants to be America. Gaahl is true as fuck and been very vocal in his support of church burning , thinking there should be more of them. He is an iconoclast.  He is not settling with mediocrity or sounding like every one else. I am surprised how progressive this album is . This is balanced out with darkness. The first song is almost more sung, or spoken in a Gollum like voice. They are not just hitting you with blast beasts , but dissonance , creepiness and haunting melodies.

There are blast beats on "Ghosts Invited' but they take you on an  immersive journey with more thrashing section and some groove with Gaahl using more sun baritone vocals to off set the din. They slow down into a more elegant and melodic pulse with " Carving the Voices". If this is hurting your feeling because it doesn't sound just like Gorgoroth, well go listen to Gorgoroth, cause I am digging this . Yes he is singing more, but I imagine if he was just rehashing what he did in Gorgoroth, he would bore himself to death. Sonically this has more in common with Emperor than Gorgoroth.  The drumming is very tasteful and solid I like this guy's double bass work. There is a balance is the albums pacing. I t would be too easy for them to just play up tempo songs . The varied time \
signatures make when they do go into blast beats more effective as they have not numbed you to them.  "Veiztu Hive' begins into fall into a more typical black metal pace, but then they use restraint and pull back . Creating more powerful riffs in so doing. Even some folk metal like melodies creep in as the song crescendos.

More blast beats explode out of " The Speech and the Self". There is still melody in this aggressive buzz. Gaahl doesn't come in screaming . When it goes into more of a sweeping gallop, his vocals remind me more of My Dying Bride. One of the albums more overtly aggressive moments comes by way of " Through and Past and Past" . It gives Gorgoroth fans what they have been waiting for. They so not sacrifice song writing to achieve this . The song has both groove and hooky riffs.The album ends with " Within the Voice of Existence" which for the first 3 minutes is just dark and droning like an interlude from a Type O negative song. I will round this up to a 10, I could leave it one and listen to it on endless repeat so that says something. More than most black metal albums so far this year.Out on Season of Mist