Looking Back In Anger at Fear Of God's "Toxic Voodoo" 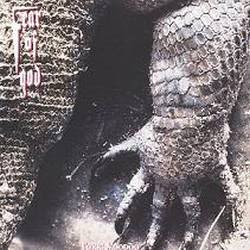 This my be an odd introduction for you to this band. Since this column is where I call older albums into question to see how well they have held up, the idea of reviewing their first album   "Beyond the Veil" in that context seems pointless since there is no question that one is perfect.Their singer Dawn Crosby died and with her  Dawn Crosby these guys would have been another thrash band. This is the last album she made before she died.  When this came out I was unsure how I felt about this more straight metal and less of the layer guitar approach from the first album.  Her lyrics are so fucking raw and biting . They higher breathy scream is a little weird. I like how she uses effects and makes her voice more of an instrument. I have not heard this album in such a long time there are songs like "Cloud Chamber"  that I forgot about.  They pour on the speed like any other thrash band, I think they do a better job of  this on Swine". It just feels like the music is working with her voice better and the chorus is more pronounced.

The shift in speed is major change from the first album, so I listened for the moments that set them apart for other bands. They threw in things like samples and her lyrics were still more abstract and gritty. She killed herself so the angst was not an act. The entire middle of this album seems like they are just blazing with the double bass and not enough atmosphere. It is still darker than most so in the zip code of Dark Angel. They get more deliberate on "Feed Time". I am not as impressed with "Mercy" when I listen back to it as they are playing too fast for what works best with her voice .   When they give her the space she needs then they are playing to their strength as a band. It is possible she was too fucked up during the recording of this album allowing the rest of the band to have more control of the sound.

Even with the bursts of speed "Santismo" manages retain more o f their older sound and shows they can blend thrash with it. The last two songs are the album's strongest . "Will of Evil" has more groove to it. It is faster , but the vocals are locked in. "Worms" might be the album's best song and once again proves that they could have  made this thrash thing works with the over powering double bass as long as the focus was placed on her vocals.  I will round this up to an 8 because the problem is more in my perspective, as the songs that recall the first album are the ones I like the most and listening back it shows I was resistant to change.