Sigils : " You Built The Altar, You Lit The Leaves " 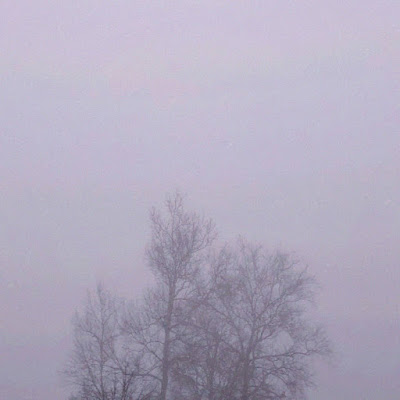 Here is a band that almost defies description in the way they blend sounds from the genres that influence them... Almost defies. If you know music these can be pin pointed, while not taking away from what they are doing here. This band from New York has the detached surrealistic pulse that is shared by bands like Jesu. Ok, you know I always shoot straight with you, so let's face it the album cover even looks like a Jesu album cover, so they are a huge influence. Rather than offering a metallic aggression the vocals drift above it. They sung in a way that would not be out of place on  shoe gaze album. They are mildly more emotive than the indie rock indifference. The guitar carry a lumbering to them , but are also the prime architects of the album's atmosphere. This band has more in common with sludge than they do doom. The vocals are the only aspect of their sound that carries any sense of loss.

The vocal get even more like Justin Broadrick on "Ritual". Jesu is one of my favorite bands so I am totally ok with some one trying to carry that torch. While this song works off of a dense pulse, it is done in a way that is no retreading the vibe of the first song, while holding a uniformity in sound.
"Faceless" starts off with a more depressive indie rock feel closer to Dinosaur Jr then builds it's dynamics as it swells into something with more heft and sonic intensity. The album ends with the 13 minute "the Wicked , the Cloaked". The vocals here carry more of a melody. The song is more melodic than the previous songs on the album with guitars no just providing a distorted throb, but adding melodies of their own.  Normally I don't like songs this long , but I don't begin to notice until we are nine and a half minutes into the song.  Thought the last two minutes of this song could have been trimmed off.

This goes to show that while I sometimes harp on bands wearing their influences on their sleeves , there is a way to do it. These guys hit every mark. They took their influences and added enough of their own spin so it doesn't feel like a tribute band, They have also not just captured a sound that many bands try to , but they care enough to write songs with it. I will give this album a 10 it falls more solidly on the shoe gaze side of doom gaze, and this is done with a great deal of grace making it a worthwhile listen for fans of either genre.