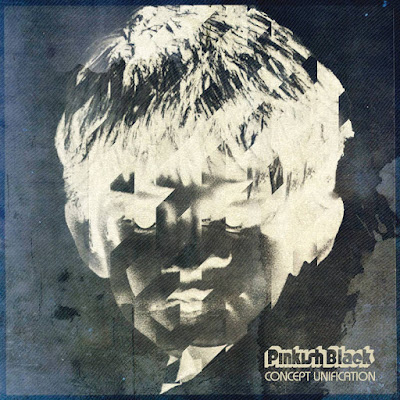 The title track that opens the Texas duo's 4th album is both darker and more organic sounding than previous releases. More Hawkwind than Black Sabbath. The synth sounds carry an almost kraut rock drone. There is a harder drive to the groove of "Until". The vocals have a more defined croon than I recall hearing from them. They back off for a darker slink with "Dial Tone". Since darkness is such a large part of what I listen for , the fact that there is a less metallic intent to these songs, works for me. The synth frequencies can distort enough to get the point across in terms of dynamics . The more retro synth sound finds them cruising towards bong laden prog landscapes on "Petit Mal". As an instrumental it does have a cinematic feel, but I feel like his voice is so unique that I prefer when he is singing.

The album sounds amazing. All of the sounds are really dialed in and the mix finds them sitting where they need to be, though the vocals can fade into the wall of sonics the synths summon. "Inanimatronic" has more swirling ambiance. It is once again another instrumental, though this one doesn't resonate with me as much as the previous song, or perhaps I am not stoned enough. The album closes with the 12 minute "Next Solution". They switch over to a piano sound. Fortunately this one is not an instrumental. The song starts off with a more Nick Cave feel, before a dynamic shift finds them locking into a more space age groove. Where the other songs kept to the same throb this song takes more turns.

I will round this one down to an 8.5 and see how it sits with me. I am mainly rounding it down for the instrumentals which I think is time better spent with a more focused song. There were two bonus songs on the version of the album I got , but for the purpose of the review I am only counting the six songs that actually comprise the album, though I think the bonus tracks are stronger than the instrumentals.