Upon a Burning Body : "Southern Hostility" 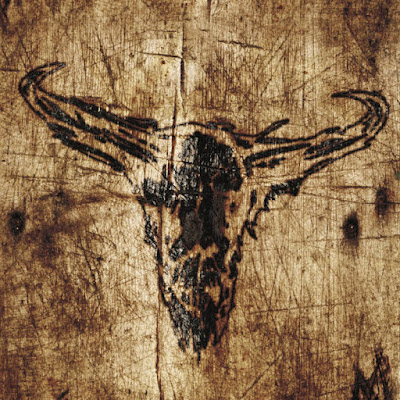 If you took all the things that are the most meat and potatoes aspects of Pantera and Lamb of God and put that energy into metal core break downs then you would have this band. My favorite thing about them is their cover of "Turn Down Down For What". Nothing in the first few songs comes close to having that groove , but the singer is not trying to rap either. By the time we get to "All Pride No Pain" it seems like riffs are being recycled . There are a few cool ones that creep in, but the rule around here is cool riffs alone do not a good song make. They are more powerful when they slow down and  get more deliberate in their chug. On "From Darkness" they let you know that they also like Slayer, but grew up listening to Slipknot and found Slayer after the fact. He sings on the chorus which is a step forward.

They are very inconsistent . "the Champ is Coming" is so stupid it sounds like it should be a wrestlers entrance music. The riff leading into "Burn" sounds like it could be from a King Diamond song, but that riff is by and large the songs' coolest moment. It does reoccur in the song. There is also a decent amount of groove to the song, so it is a step in the right direction. "Reinventing Hatred" is pretty much color by numbers metal core, the lyrics just giving it a slight edge. Then there is groove gon wrong that makes them sound more like Avenged Sevenfold on The tinge of Slipknot also flares up in the way the song kind of swings like "Pyschosocial",.By "Anthem of the Doomed" all the chugs have run together and are boring me shitless.

There is a more traditional metal feel to the riff that opens "Soul Searcher". Then they pour the speed on and ruin everything. So much so they sung hook can not redeem this song. The make a decent attempt trying to come back from it and then they speed up and flush it down the toilet. I will round this down to a 7. It does not suck. It is not my thing as I would just rather listen to Pantera or Slayer both of whom do this better. If you are a fan of these guys then this is the glue you have been looking to sniff, you could have made worse choices, so you are better off than listening other Myspace metal.