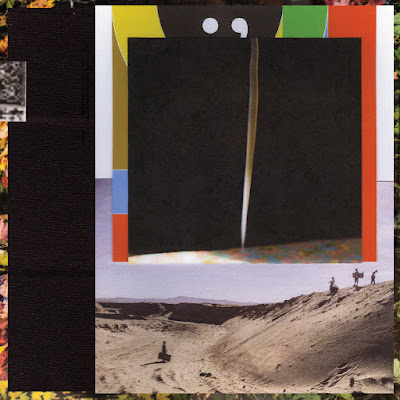 Odd and beautiful are two words that must be used to describe a new Bon Iver album and this one is no exception. The songs might be grabbing me more on this one. As with most of this band's work the fourth album has some songs that grow on you while still beckoning for you to return to them. Experimental and surreal , some still refer to this band as folk, but Justin Vernon sings to soulfully for that to stick in my book. The first actual song "iMi" has him going through weird tape loops before it focuses in on his singing . This album feel more electronic than organic. "We" is a good example though it does have actual instruments on it. His multi-tracked vocals are fantastic. The backing of "Holyfields" is almost intangible, the vocals hold it all together .  "Hey Ma" is the first single from this album. It follows a more conventional formula. There are almost hip hop elements to the lyrics though not delivery.

"U ( man like) " is more organic working of a piano line. It is brighter mood wise which feels a little weird. It's his voice that still makes it worthwhile. Other voices do join his, but it 's clearly Justin's show. "Naeem" has a repetitive refrain of "i can hear crying" that repeats through out the song. It is a dynamic song, the vocals are either back in the mix or really forward no middle ground. It is the first song on the album I had any questions about. "Jelmore" has it's share of production weirdness , but the lyrics are really strong and balance it out. "Faith" is the first folky song, though the focus for the first is his falsetto vocals until midway into the song.  Then by "Marion" we are delving into a more soulful flavor of folk, but acoustic guitar takes center stage.  "Salem' finds things getting back into the more melodic experimental side of this band I prefer. There is a soaring Prince like chorus, but it all works

There is an interesting ambiance to the lush atmosphere of the wandering "Sh'Diah" .  The album closes with "Rabi" which is a return to a more mainstream song format lets floating colors swirling around it.  I will round this up to a 9.5 as I was a little hard on some of the choices and I am sure I will grow into them. If you are a fan you will love this, if you smoke a ton of weed and takes prescription medication you will also love this.